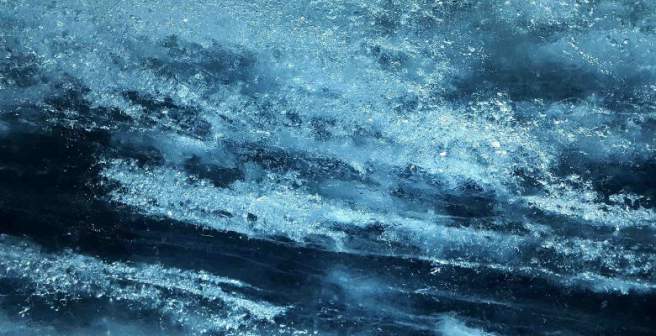 Crystalline structures are ideally composed of repeating identical units in a perfectly ordered fashion. As one would expect, crystals have found applications in a multitude of fields, such as optics, electronics, and chemistry, and have helped researchers understand the mechanics behind complex physical phenomena. However, synthesizing perfect crystalline structures is very challenging, with most methods yielding crystals with defects or with multiple different basic units (called polycrystals).

Hexagonal boron nitride (hBN), also called white graphite, can be synthesized in the shape of crystalline films with the width of a single atom. They have an insulating effect that has found uses in various types of scientific research. However, these films are polycrystalline and not single-crystalline. Therefore, a research team set out to find a method for synthesizing single-crystalline hBN films on a small scale.

The synthesis method they developed consists of letting the thin hBN film self-assemble on top of a liquid gold substrate. Because of the surface tension of liquid gold and the characteristics of its interaction with boron and nitrogen, circular hBN grains form automatically over time. These grains grow to a specific diameter and eventually form a lattice. They can easily rotate when they are about to come into contact with another grain so as to assume the best possible orientation before joining the lattice. A video for this is available too. The final product of this process is a nearly perfect single-crystalline hBN film, as the team demonstrated in many different experiments and via multiple measurements. A very promising application of such films is using them as a substrate for synthesizing other crystalline thin-film materials on top of them, such as graphene. Their applications go beyond that, as Prof. Kim explains, “We demonstrated that our hBN films can serve as a protecting layer against metal oxidation and as a gas-diffusion barrier for water vapor transmission.”

Scientists achieve large-scale production of non-toxic metal chalcogenide films for use in novel semiconductors of the future
Scientists from Chung Ang University, Korea, have…
750

Dongguk University, founded in 1906, is located in Seoul, South Korea. It comprises 13 colleges that cover a variety of disciplines and has local campuses in Gyeongju, Goyang, and Los Angeles. The university has 1,300 professors who conduct independent research and 18,000 students undertaking studies in a variety of disciplines. Interaction between disciplines is one of the strengths on which Dongguk prides itself; the university encourages researchers to work across disciplines in Information Technology, Bio Technology, Culture Technologys, and Buddhism. Dr. Ki Kang Kim received his M.S. and Ph.D. from the Department of Physics of Sungkyunkwan University, Republic of Korea, in 2008 under the supervision of Prof. Young Hee Lee. After completing his postdoctoral studies under the supervision of Prof. Jing Kong at Massachusetts Institute of Technology, USA, he joined the Department of Energy and Materials Engineering at Dongguk University in Republic of Korea in 2012 as an assistant professor. His current research interests include the synthesis of 2D materials and engineering the electronic structure of low-dimensional materials.

Helping authors get their manuscripts submission ready: Workshop at Jeonju Presbyterian Medical Center, South Korea
Editage conducted a workshop for the audience who were…
604