A drug for alcoholism can also treat cancer by targeting…
New study on recently discovered chlorophyll molecule could…
Discovery of novel cancer signaling mechanism and…
Solving the puzzle of IgG4-related disease, the elusive…
Inflammation could be the main cause of Chronic Fatigue… 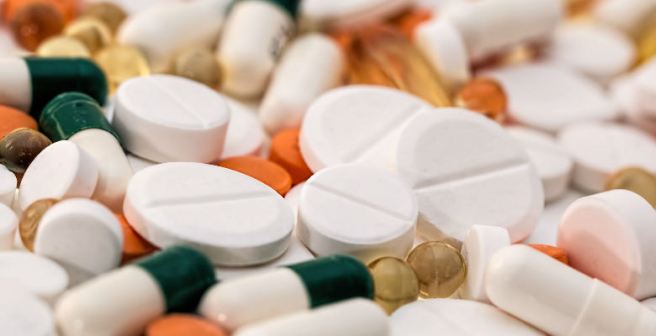 Inflammation is the body’s response to injury or irritation. Although it is technically an “immune response,” acute and chronic inflammation is associated with serious conditions and diseases like sepsis, rheumatoid arthritis, diabetes, Alzheimer’s disease, and even cancer. One of the many molecular-level processes underlying inflammation is the binding of a RAGE, to a “ligand” (e.g., HMGB1, amyloid β) or irritant. The chromosomal protein HMGB1, which is secreted by immune and dying cells, specifically binds to RAGE and triggers the production of molecules that promote inflammation. These molecules are called pro-inflammatory cytokines (PICs), and this entire cellular mechanism has been implicated in the onset of the diseases and conditions mentioned above. Sepsis, which is a manifestation of acute infection and inflammation, is a particularly serious concern. Septic shock results in fatal multi-organ dysfunction, and there is still a want of effective drugs to treat septic shock.

This means that molecules that can block the interaction between HMGB1 and RAGE could be a novel class of therapeutics for treating such conditions, especially sepsis. However, it easily takes more than 10 years to get new drugs screened, evaluated, and approved. The concept of “drug repositioning” can be used to overcome this problem. Drug repositioning basically means finding new merits for existing drugs that have known safety profiles. This approach was the basis of this high-profile study done by Prof Sei-ichi Tanuma and his colleagues.

The scientists first designed a unique cyclic “peptide” (small protein) called Pepb2 to mimic the RAGE-binding domain of HMGB1, using their computer software called “COSMOS.” They found that Pepb2 competed with HMGB1 to bind to RAGE, and thus “competitively inhibited” the HMGB1–RAGE interaction. Then, they screened for Pepb2 mimetic compounds (compounds that are structurally similar to Pepb2) in the DrugBank library. They found that papaverine, a popular vasodilating and anticonvulsant drug extracted from poppy seeds, was structurally similar to Pepb2.

In the laboratory, the researchers then found that papaverine directly blocks the binding of HMGB1 to RAGE and consequently lowers the production of PICs such as interleukin-6 (IL-6) and tumor necrosis factor-α (TNF-α). This proves that papaverine prevents irritants from binding to their receptors and thus suppresses inflammation. Prof Tanuma and colleagues also found that papaverine considerably reduced death rates in model mice with induced sepsis. Prof Tanuma summarizes this research by saying, “This in silico drug design approach, to find novel effects of papaverine, is a unique strategy employed for the first time only by TUS researchers.”

Q&A
Can multiple submissions to a journal have a common contact author?
At my institution, whenever we submit a paper, the…
13.2k views

These findings about papaverine could be a breakthrough in the treatment of diseases like Alzheimer’s, diabetes, and cancer, and even sepsis, which is a critical issue in geriatric medicine and emergency medicine. Prof Tanuma concludes, “Drug repositioning using the in silico drug discovery approach used in our research can repurpose existing drugs into novel therapeutic agents. Also, because the cost of ‘designing’ a novel drug is saved, such approaches can also radically reduce the cost of medical treatment. The next step is to understand the degree to which papaverine blocks HMGB1–RAGE interaction in the human body. We are now trying to optimize the structure of papaverine to design a more ‘effective’ drug for the future.”

With a mission of “Creating science and technology for the harmonious development of nature, human beings, and society”, TUS has undertaken a wide range of research from basic to applied science. TUS has embraced a multidisciplinary approach to research and undertaken intensive study in some of today’s most vital fields. TUS is a meritocracy where the best in science is recognized and nurtured. It is the only private university in Japan that has produced a Nobel Prize winner and the only private university in Asia to produce Nobel Prize winners within the natural sciences field.

About Professor Sei-ichi Tanuma from Tokyo University of Science
Dr Sei-ichi Tanuma was a Professor in the Department of Biochemistry, Faculty of Pharmaceutical Sciences at Tokyo University of Science. He is now a professor in the Department of Genomic Medicinal Science, Research Institute for Science and Technology, Organization for Research Advancement in Tokyo University of Science. He is a senior scientist with more than 250 research publications to his credit and is the corresponding author of this study. His areas of research include biochemistry, molecular biology, and pharmaceutical biotechnology, with special focus on drug targets and designing novel drugs by in silico methods for chemotherapy against cancer, neuronal disorders, and other diseases.