What bearing does China's Belt and Road Initiative have on science? 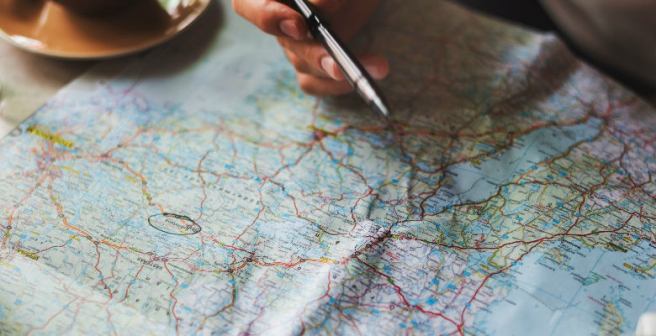 Over the past few years, China’s focus on scientific and technological advancement has catapulted the country to the top spot for publishing the most amount of scientific literature. Economically, China is one of the fastest growing countries in the world but has faced a slump in the last decade. To boost the economy, Chinese President Xi Jinping announced China’s most ambitious project the Belt and Road Initiative (BRI), also known as the One Belt One Road Initiative, in 2013. In this post, let's understand what this project is and the impact it has had on global science.

What is the Belt and Road Initiative?

The BRI is a huge venture undertaken by China to transform the global infrastructure and trade networks by connecting Asia with Europe and Africa. The initiative is Xi’s vision to recreate the old Silk Route as the “21st Century Maritime Silk Road,” and it is estimated to cost upwards of $1 trillion in investments as participating countries would need to build highways, railways, pipelines, etc. And China is providing substantial funding to carry out these projects. This massive project is planned to span from 2013 to 2049. Moreover, the geographical scope of the BRI covers over 70 countries, several of which have already pledged their support to China.

How is science a part of the Belt and Road Initiative?

While trade lies at the core of the BRI, China asserts that science is an important aspect of their plans. Bai Chunli, President of Chinese Academy of Sciences (CAS) who is also spearheading the scientific component of the BRI, stated that, “Science, technology and innovation are the core driving force for the BRI development.”

China has been working closely with the countries participating in the BRI to help them achieve their research goals. The country has assisted in the opening of nine research and training centers in Africa, South America, as well as central, south, and southeast Asia. Some of these initiatives include co-sponsoring the launch of research centers in Pakistan and co-funding some studies in Sri Lanka.

CAS is playing a crucial role in the BRI and has invested over 1.8 billion yuan ($268 million) toward the “construction of science and technology projects” in association with the BRI. It is not only signing collaborative projects with several participating countries but also training researchers for these projects.

Many of the countries China is funding and collaborating with (such as Chile, Argentina, Sri Lanka, etc.) have low or middle income levels. In fact, there are hardly any developing countries which China has not tapped into. “Our overseas joint laboratories and projects have also greatly improved the research capabilities of those countries,” said Cao Jinghua, Director of International Cooperation with CAS.

What has been the impact of the Belt and Road Initiative project?

Owing to the large scale investments China has initiated, there has been a significant shift in the perception of academics around the globe. For much of the developing world, collaborating with China has emerged as an attractive option. Simon Baker observes that the BRI may have become a “catalyst for a ramping-up of higher education links” between China and the participating countries.

To further academic collaborations and student mobility, over 150 universities across 38 countries came together to establish University Alliance of the Silk Road (UASR) in 2015. The UASR is a non-profit alliance aimed at building “collaborative platforms in higher education and foster regional openness and synergies” between the BRI member countries.

The initiative has also drawn some criticism. Several experts have raised concerns about the impact such a large scale construction project could have on the environment and climatic conditions. Apart from this, some view the alliances between China and developing countries with apprehension because the large investments as part of the BRI could lead create “debt traps” for these nations. Lastly, concerns have also been expressed about the protection of sensitive intellectual property of participating countries.

To diffuse the skepticism around these issues, President Xi has expressed his commitment to make the BRI “transparent and inclusive” rather than China-centric. In a speech he made in April 2019, he emphasized that the initiative was “neither a “predatory, debt trap” nor a geopolitical tool aimed at challenging the existing US-led trade and governance systems.”

Weighing in on the issue, Susan Robertson, professor of the sociology of education at the University of Cambridge, said that, “[…] the fact that this academic dialogue had been opened up along the Belt and Road could help to act as an antidote to any mistrust between West and East.”

Despite the support and speculations, it would be interesting to follow how the BRI shapes up in the coming years. What are your views on this project? Please share your opinions and thoughts in the comments section below.

What bearing does China's Belt and Road Initiative have on science? 5 min read