What does Donald Trump's victory mean for science? 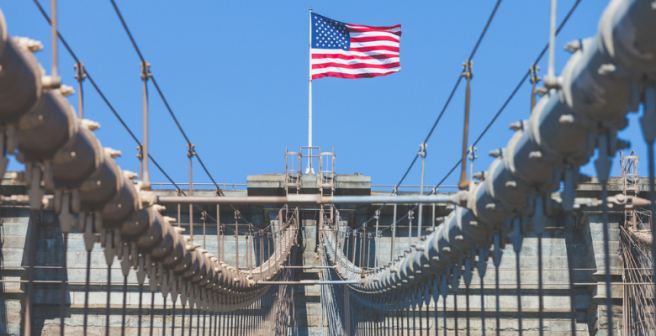 The election of the Republican presidential nominee Donald Trump over Hillary Clinton as the 45th President of the United States has sparked strong reactions among academics. Throughout the divisive campaigning for the position of the President, science was barely addressed by both Trump and Clinton. However, Trump’s statements on science and research such as “Global warming is based on faulty science and manipulated data” and accusations of “doctor-inflicted autism” created shockwaves in academia, leading many to believe that he fails to understand the importance of science. As a result, researchers are uncertain of their future as well as that of science under his governance. “Trump will be the first anti-science president we have ever had,” said Michael Lubell, director of public affairs for the American Physical Society, Washington DC.

Fueling the feeling of uncertainty in academia is the fact that the Republicans have retained the control of the Senate, which gives Trump greater control over policy making in the U.S. Trump has given no indication of how he plans to shape science policies and whether he would place constraints on science budget. However, his standpoint on major issues such as climate change and immigration has many researchers believing that research and scientific development may take a backseat. “Science won't get much attention, except when it gets in the way or bolsters support for a political priority,” stated Robert Cook-Deegan, a research professor at Arizona State University in Tempe. Let us take a closer look at Trump’s hardline position that has caused such a stir among academics.

Trump’s views on climate change have been widely discussed by academics and non-academics alike. Dismissing climate change as hoax “created by and for the Chinese in order to make U.S. manufacturing non-competitive,” he declared that he would pull the U.S. out of the Paris Climate Agreement. “This is terrifying for science, research, education, and the future of our planet,” tweeted María Escudero Escribano, a postdoc studying electrochemistry and sustainable energy conversation at Stanford University, California. Senior researchers across the globe have criticized Trump’s view and signed an open letter warning against such a move. The U.S. is the world’s second largest carbon emitter, and researchers warn that undermining further research and expert opinions on this issue would be disastrous for the country and its citizens. Moreover, Trump’s appointment of Myron Ebell, director of the Center for Energy and Environment at the conservative Competitive Enterprise Institute and a known climate skeptic, to lead his Environment Protection Agency is also seen as an indicator of drastic changes in U.S. climate policy.

Course
How to use the internet to communicate your research better
This course will help you understand and learn about…
2.8k views

One of the cornerstones of Trump’s campaign has been his proposed policies for immigration. He vowed to bar Muslims from entering the U.S. and promised to build a wall along the U.S.-Mexico border to prevent immigrants from entering the U.S. The advocates of science have expressed worries that these extreme views are likely to breed feelings of insecurity among foreign researchers working in the U.S. Moreover, it would dissuade talented researchers from other countries to come to the U.S. to study or pursue research. Kevin Wilson, director of public policy and media relations at the American Society for Cell Biology, Maryland, said, “I think at the very least it would put a chilling effect on the interest of scientists from other countries in coming here.”

The only area of science that Trump addressed during his campaign was his support for space exploration. However, he criticized National Aeronautics and Space Administration (NASA) for being a “logistics agency for low-Earth orbit activity.” Instead, he expressed interest in commercializing spaceflight. "Public-private partnerships should be the foundation of our space efforts," wrote Bob Walker and Peter Navarro, Trump’s senior policy advisers, in a Space News op-ed in October. In an interview, Trump mentioned that he intended to carry out a "comprehensive review" of NASA's plans, examine the spending, and “make adjustments as necessary.” How this would affect the country’s space exploration projects is a major question to which the researchers have no answers.

Infographic
Think Check Submit checklist - Selecting the right journal for your research paper
Given the increasing number of predatory journals and…
4.1k views

What should researchers do?

“Scientists need to stand up and be heard,” opines Andrew Rosenberg, a former senior official for fisheries within the National Oceanic and Atmospheric Administration. Although disheartened by the outcome of the election, Rosenberg feels that researchers should make an attempt to connect with Trump and ensure that he understands how critical science is to the development of the country. Like him, many researchers are hopeful that Trump would appoint a well-qualified science advisor and head of the White House Office of Science and Technology Policy (OSTP). However, what direction the Trump government chooses to go in remains to be seen.