Below is the series of articles that highlight the various highs and lows that women in academia face.

Working from home during the pandemic: 3…

What will make it easy for women to pursue their…

Below is the series of articles that highlight the various highs and lows that women in academia face.

Working from home during the pandemic: 3…

What will make it easy for women to pursue their… 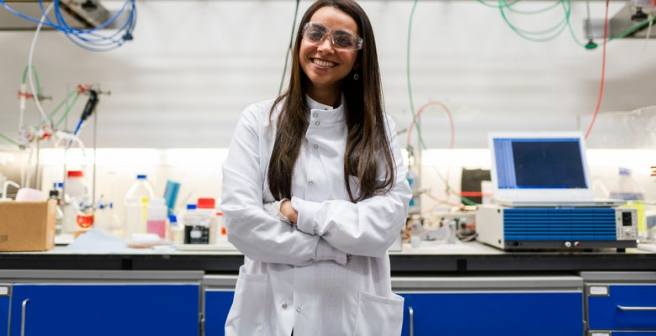 Only one in three researchers in the world is a woman, according to recent estimates by the UNESCO Institute for Statistics (UIS). Men continue to dominate science, technology, engineering, and mathematics (STEM) research worldwide. The underrepresentation of women continues to be a persistent problem and is all the more prominent in fields like engineering and computer science.

The leaky pipeline problem besets science, wherein female representation tapers off towards doctoral and post-doctoral research positions despite gender parity at bachelor’s and master’s levels. For instance, in Sweden, 60% of students enrolled in a bachelor’s program are women, but the number drops to 49% of doctoral students and only 36% of researchers. This post attempts to take a closer look into the challenges women in science face.

The Matilda effect refers to women’s scientific contributions being erased, overlooked, or attributed to men. There are plenty of historical examples where women scientists’ achievements have been undermined or misattributed. A prominent example that comes to mind is that of Rosalind Franklin’s contribution to the discovery of DNA structure. While such overt bias against the recognition of female scientists might be on a decline, covert manifestations live on, in the form of disproportionately fewer award nominations and wins by women scientists, fewer citations of studies by women scientists, perceptions of lower quality of female-authored publications, and fewer collaboration opportunities.

Another form of discrimination takes the shape of the conspicuous absence of women speakers at scientific meetings and prestigious conferences. Female scientists receive fewer speaker invitations than their male counterparts do. Such events with all-male panels (or “manels”) have been so common over the years but are increasingly being called out for this bias. Women are also missing from top leadership roles in academia. In India, for instance, women are more likely to hold positions of college principals of undergraduate colleges than of directors and vice chancellors.

The representation of women in STEM has been increasing slowly, with women making greater inroads into male-dominated fields. However, these women continue to face numerous challenges that most men don’t. What are the top reasons for this gender-skewed landscape in academia?

How to make a scientific research poster

Stereotypes and pre-set notions often color young women’s ambitions, and some find it hard to identify themselves as a scientist. This can be exacerbated in an environment where women are not valued or encouraged. As mentioned above, women drop out early from the science career ladder, even going on to choose a nonacademic career that is not as competitive. This shift leads to a dearth of women serving as role models and mentors for newly minted graduates.

Unfortunately, the timelines of securing tenure tend to coincide with the time when people think of starting families. However, support systems to help parents in academia to manage caregiving responsibilities are inadequate. This might discourage women researchers from pursuing tenure-track employment if they are considering parenthood. What’s more, researchers who are pregnant or mothers might even face the maternal wall bias at work.

Guidance from mentors, especially from women who can lead by example, would help early-career female researchers deal with conflicts of balancing career ambitions with childcare.

2. Women have to shoulder more responsibilities

Did you know that men typically publish more papers than women? Among the main reasons, one that stands out is the impact of childbearing and parenthood on women. Women often end up being default caregivers not just of children but also the entire family. The COVID-19 pandemic has brought this stark fact to the forefront prominently. The impact of working from home during the pandemic was disproportionately higher on mothers than on fathers in academia. With more responsibilities at home, women in particular saw a drop in their productivity. Female researchers with children experienced a dramatic fall in the time they could devote to research.

Nobel Prize facts part 2: Laureates by field and country
In the first part of the Nobel Prize Facts series, we…
3.4k

While universities and funders are being increasingly supportive instead of penalizing women researchers for this lost time, the efforts need to be more focused. Policies aimed at more flexibility and some sort of exemptions for unforeseen circumstances (such as the pandemic) should be in place so that evaluations and career progression of such researchers are not affected.

3. Women are paid less than their male counterparts

Pay gaps between male and female workers are ubiquitous, and academia is no exception. In 2018, the US National Science Foundation reported US male PhD holders to be earning more than their female counterparts irrespective of research field. The gap can be largely explained by the disproportionate percentage of men in mathematics and computer science—fields that tend to pay more. However, a closer look reveals unexplained gender disparities even within these fields. A possible reason could be that women tend to be passed over for leadership positions and better opportunities in the workplace. One study even highlights deep-rooted beliefs manifesting as a confidence gap to underlie pay inequalities. At times, self-doubt and lack of self-confidence may also lead women to negotiate lower salaries.

Professors and mentors have the responsibility of cultivating self-confidence and a growth mindset in young female researchers. Further, fair performance evaluations and equal opportunities need to be enforced at all levels of academia.

Women have reported facing hostility, bullying, and harassment in their workplace. Higher education environments are considered “permissive” for all forms of harassment because students depend on their professors for recommendations and career progression. Fieldwork is another area that can be precarious for women. A survey on women’s experiences in the fieldwork setting revealed that harassment and assault are commonly experienced.

Anti-harassment policies to deter such acts and provide adequate redressal provisions will encourage women to report untoward incidents and dissuade those in authority to take undue advantage of their position. Supportive frameworks for empowering women in STEM will also help reduce attrition.

Special days like International Women’s Day (8th March) and International Day of Women and Girls in Science (11th February) serve not only to celebrate sheroes but also to spark conversations about gendered challenges and obstacles. To encourage greater representation of women in science, it is important to understand what motivates them to take up research and what can help them stay in research.

How to conduct an effective literature search and keep up with new publications
The volume of publication output has exploded. You…
11.3k

A balanced representation of women in important positions in higher education institutions and in science policymaking will help foster much needed changes in the scholarly landscape. Parental support, guidance by mentors, and frameworks to encourage healthy workplace environments will facilitate better retention of women in science. These factors can be realized if there is a more equitable representation in the field to begin with, setting off a virtuous cycle in the fight against overt and covert gender discrimination in science.

There should be nothing in the way of women attaining their fullest potential in contributing to the advancement of science. Here’s looking forward to a world where men and women contribute equally to scholarship!

How to promote your research for greater…
Jayashree Rajagopalan
LEARNING TIME
8 hrs
LECTURES
10
approx. 48 min each