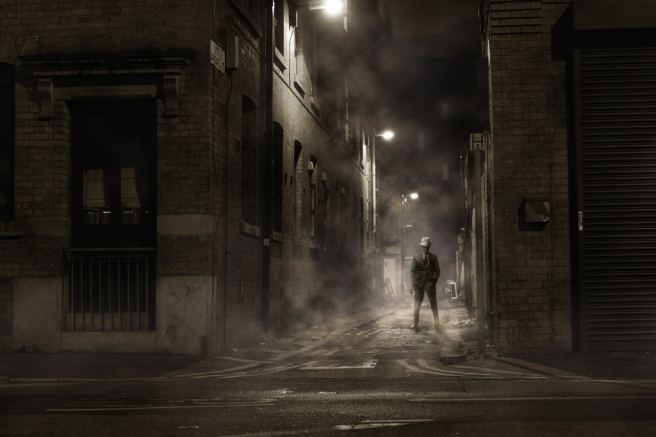 A few days ago, we were approached by a frantic author who was worried because the journal published his paper without informing him:

"When I send emails to know the status of my submitted paper there was no response and lastly I write withdrawal letter. But again no response but my paper was published without my legal copyright permission. What shall I do? Please, can you tell me how to retract the published paper?"

This situation is not new. In the desperation to get published, researchers blindly thrust their manuscripts into the eager hands of predatory journals, only to learn that they have been duped, their manuscripts are being held hostage, or these journal are asking them to pay up a large sum of money. In any case, the authors are at great risk here, with their reputation and years of hard work at stake. So what is the solution here? How can authors safeguard themselves against predatory publishers? How can they avoid their manuscripts being hijacked? We thought that a journal editor would be best suited to advice authors about this. So we asked Prof. Caven Mcloughlin, who is an experienced journal editor, to share his views on the issue. In this post, Prof. Mcloughlin appeals to authors to steer clear of suspicious journals in order to safeguard their own reputation and integrity.

Consider yourself a victim of the academic equivalent of street crime. Your research has been hijacked. It’s now far out of your control. At the exact moment you forwarded the files to a fake journal you did the equivalent of holding out your wallet to a robber!

I’ve heard this story so many times that I don’t really need you to tell me the details … I’ll outline what happened.

After you finished what you thought was the final draft of your research paper you started looking for potential locations where you could get it published. You knew that if you sent your research to a reputable, prestigious, indexed journal, then there would be some delay (perhaps as much as 60 days) before you knew whether your work would be accepted or not. You negotiated the options for yourself and chose the easy route. You were seduced by the implied promise on a predatory publisher’s website that your work would most likely be accepted and then published following a brief period – and all you had to do was to agree to pay an “author fee.” Maybe you were told how much that would be, or maybe that was hidden somewhere deep, or maybe it was not even mentioned.

Nonetheless, with the prospect of a quick turnaround, and even though you were not entirely sure what it might cost you, you e-mailed your work to the ‘journal.’ Probably, in your heart you knew that the journal was not really an honest showcase for research. Perhaps you didn’t even venture to see how other papers looked in that journal. But, the reality is that at some stage you had buyer’s-remorse and asked to retract the paper. You heard nothing. You continued trying to break the chain of association with the journal. And, before too long, you were told that your work was published! Now you want to know what you can do about it because now you are aware that the ‘cost’ of publishing with them is both financial and also a possible dent in your reputation.

Let me be really blunt here and share a few home-truths. First, your troubles are certainly not yet over! The reality is that you have totally lost control of your research paper. It is out of your hands. If you attempt to resubmit it to another journal – particularly one that values integrity – then your work will summarily be declined and you will be labeled a self-plagiarist. The word will get around among fellow editors and your name linked with the dreaded term, plagiarism.

Almost certainly, your university administrators already have a policy of not crediting their instructors in promotion decisions when they publish in fake journals. So, your hard work will likely never be credited to you. Yet, that is not even the worst possible outcome. You’ll soon start receiving a series of invoices and demand e-mails that increasingly become hostile and predict dire consequences if you do not pay them $600, $1,100, or some other outrageous figure that they calculate as the cost of publishing your article. To begin, you will be irritated; but, after the third or fourth demand e-mail you will stop opening the messages and simply delete them unread.

But as I have said already … that is not the end of this particular academic street crime.

The next outcome is that every senior administrator at your university whose email can be identified at your university website will start to get threatening e-letters stating that you have failed to pay a contracted fee to the publisher. The messages will forcefully imply that the university should pay on your behalf. In turn, you will get phone calls from those same irritated administrators asking why you have contracted for publication services and failed to pay. Do you see what is happening? First you lost control of your valuable effort, and then your reputation is trashed because a publisher claims you failed to keep your side of a “bargain.”

What can you do? Well, unless you can rewrite history there is very little you can do beyond learning from this lesson:

Do not associate with academic criminals.

If you keep company with shady characters you will be presumed to be one yourself. Chant this old adage before you go to sleep, “if it’s too good to be true, then it’s too good to be true!” My exhortation is to never presume that a reputable journal will provide you with a valuable end-product, absent an authentic peer review process, in just a few days or a week or two. That is not how the legitimate dissemination of scholarship works.

7 Mistakes to avoid at a career fair
This video shares seven mistakes researchers typically…
18.3k
If you keep company with academic criminals, you will be presumed to be one yourself. Accept that there are no shortcuts to academic excellence.

So, since your research is now already beyond your control it’s time to ask how you should engage in ‘damage control’? You can be sure that the fake journal didn’t process your research to the point of publication because they were intrigued by the quality of your writing. Rather, they planned to use your submission as a lever to hijack your finances. Once they have printed your work they expect you to pay up or face embarrassment as they begin publicly trashing your reputation with your employer. They will offer you the chance to retract your paper – but only for an increased fee equivalent to the original cost of publishing your work plus an additional fee to retract it! Simply doing nothing compounds your problem. Paying-up is the only way to get control of your investigation if you have a plan to resubmit it to a legitimate journal.

It is now time for you to recognize that your efforts invested in that research paper are now lost.

If you try to resubmit your research already published in fake journal, stating that it is an original, trustworthy product, then you will be found out one day, probably soon. Remember the comment? … If you keep company with academic criminals, you will be presumed to be one yourself.

Is there a way out?

The only reliable way out of this mess is to acknowledge your naivety before your administrators start getting demand notices for the “Invoice you have failed to pay.” Come clean with your university supervisors and acknowledge your gullibility and inexperience. Plead innocence. Most university administrators have heard this story already. They know that fake journals are labelled predatory because they prey like vultures on the weakest, most vulnerable tiers of the academic world.

Treat this as a life-lesson. Watch carefully with whom you keep company. Avoid the academic equivalent of ‘get rich schemes.’ Accept that there are no shortcuts to academic excellence. And, avoid tangling with academic crooks.

I started by describing your scenario as equivalent to street-crime. So ask yourself, what do you do after your vulnerability is exposed and you get ripped off by a criminal? You pick yourself up, report the crime, and get on with your life … and make sure that you don’t knowingly expose yourself to those same risks again.

5 Common forms of plagiarism and how to avoid them
Plagiarism is perhaps the most rampant form of…
6.5k

Who are the real predators in predatory publishing – journals or authors? 5 min read