Behind the scenes: How a journal editor reaches a decision on a manuscript after peer review 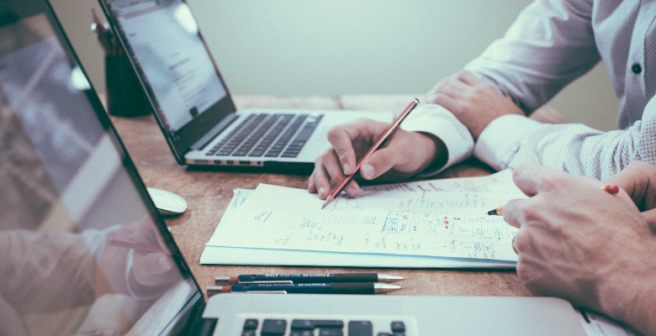 The previous part of this series of posts details the process by which an Associate Editor (AE) selects reviewers and sends out a manuscript for peer review. In this post, I will detail the sequence of events that lead from peer review to editorial decision making: how the AE procures the completed reviews, how he weighs the reviews, and finally comes to a decision on whether to accept or reject the manuscript or request a revision. The post also describes the process that a revised submission goes through.

When I first started working as an AE, I imagined that the bulk of the effort was in weighing up the reviews for a paper, and synthesizing these to come up with a careful, considered decision and rationale for it. However, this turned out to be a much less significant part of my work than I had thought. Indeed, it seems that much of the effort of the AE is in dealing with reviewers who have agreed to provide a review, but who fail to fulfill their promises; this involves reminding, cajoling, and even threatening sometimes. In the ideal situation, reviewers will perform their task within the allotted time (typically, six weeks to a few months), and deliver a carefully thought-out, clearly expressed review. Indeed, most reviewers do an excellent job in this regard, and I am truly grateful to them. However, there are many cases where things do not follow this outline, and more active involvement is required. Some journals may include a “due date” for each review (which can be set by the AE), and may automatically remind the reviewer as the deadline approaches and is passed. In addition, around the time of the deadline, I send a personalized reminder, as this is harder to ignore than an automated message. I do not keep detailed statistics, but while many reviews are received on time, it is a sad fact that a large number are late. A little tardiness is forgivable, but after more than a week, it starts to become a problem. Many journals strive to have a rapid turnaround time for submissions, and delayed reviews are the biggest obstacle to achieving this goal. In such cases, I have to keep an eye on which reviews are late, and send reminders to reviewers, requesting that they make good on their promise, and deliver their review. However, the pressure that I can put on the reviewer is limited: I can send increasingly plaintive requests, or express my displeasure or anguish at the continued delay; I can try to provoke guilt or regret in the reviewer; but there are few direct actions I can take against the tardy reviewer. Persistence is my only weapon. In a few cases I have given up on receiving a review when the other reviews received were sufficient to reach a decision.

Checking the quality of reviews

When I do receive a review, I read it carefully, and check that there are no obvious problems with it. Problems in reviews are rare, but occasionally it may be clear that the reviewer’s standards are not calibrated for the target journal (too harsh, or too lenient); or that the recommendation does not align with the content of the review (e.g. many major flaws highlighted, but an “accept” recommendation). Reviews can sometimes be improved by clarifying what is expected from a revision, and ensuring that the discussion is as objective as possible. The AE can ask a reviewer to revise or elaborate their review. Very rarely, there may be drastic inconsistencies across the assessments of different reviewers, and these are usually resolved through an email discussion initiated and mediated by the AE.

Q&A
How long will it take for the journal to reach a decision on my revised submission?
I submitted a revised version of my paper to a…
17.3k views

When there are sufficient reviews for a paper, I can make a recommendation. The typical number is three, but more or fewer is possible. I am happy to recommend rejection for a paper on the basis of two reviews which agree on this outcome, or even one in extreme cases. For a positive recommendation, I prefer to have received three reviews, even if they are not unanimous. Collecting four reviews is reasonable (and acts as insurance against one reviewer failing to submit the review); more than four is unusual except for very selective journals. I usually find it fairly swift to make a recommendation: reviewers often agree on the general level of quality and interest in a submission. Some normalization is needed based on the standards of the journal, but in general, it is a fairly quick task to weigh the comments and scores of the reviewers and reach a recommendation. The process is guided almost exclusively by the reviews–my opinions of the paper carry almost no weight at this point.

The first question is a binary one: Is there any prospect of publishing this paper in the journal? Does it show enough potential and interest? If not, then the recommendation is to “reject” the paper. This recommendation is accompanied by a justification, summarizing the reasons for rejection: I identify the main reasons from reviews that led to the recommendation. My recommendation may or may not include encouragement to submit to another journal, depending on whether the submission was ultimately judged out of scope or below threshold for my journal. The authors may appeal a reject decision, either to the AE or the EiC, but without evidence of serious unfairness this is unlikely to alter the outcome. A rejected paper is sometimes resubmitted to the same journal, after some revisions. Most journals will try to catch this and either reject outright, or assign it to the same AE to handle. If the paper is not rejected, there are three possible recommendations: “accept (as is)”, “minor revision”, and “major revision”. The exact semantics of this vary depending on the journal, but as a rough guide, the resubmitted manuscript for a “major revision” decision will be returned to the same reviewers for their opinion on the new version; a minor revision will be scrutinized by the AE; and an accept will move straight into the publication queue.

However, the AE has a lot of leeway: a minor revision may be sent out to reviewers; and a major revision may be sent only to a subset of reviewers, or new reviewers may be added. I won’t spell out all the situations that can arise, but the underlying issue is the same: before giving an “accept (as is)” recommendation, I want to be certain that the paper represents a sufficient contribution for publication in the journal. When the reviews indicate some notable questions or concerns, I want to be assured that these are suitably addressed before recommending the paper for publication. Sometimes I can do this myself (based on the revised submission, and any cover letter or list of revisions, and comparing these to the original reviews); or I may seek the opinion of the original reviewers on such questions.

Difference between a recommendation and a decision

You may notice that an AE makes a “recommendation”, not a “decision”. This is deliberate terminology: it is the Editor-in-Chief (EiC) who makes the decision, whereas the AE merely recommends an outcome. I will let you into a secret: I have not encountered cases where the EiC’s decision did not follow the recommendation of the AE, although this does happen. I find that this is a useful way of thinking about the process. It reminds me that I have to justify my recommendation both to the authors and to the EiC; I am not making decisions at my whim. Once I submit my recommendation on a paper to the EiC, I can again sit back: my work – for now – is done.

What happens to papers that need revisions?

For revisions, the process starts over again – selecting reviewers, obtaining reviews, and making a recommendation. Typically, the AE invites the same set of reviewers, although there is the option to add new reviewers (if additional input is needed), or drop some (for example, if they were entirely satisfied with the previous version). There can be multiple rounds of revision, but if major issues remain after a first revision, it is common to move towards a reject. Once a reject or accept recommendation is reached, the AE’s involvement with the paper is concluded.

Infographic
Nobel Prize facts: Behind the scenes
In this final infographic on facts about the Nobel…
1.5k views

With this post, the description of the AE’s role and involvement in the editorial decision making process is complete. In the final part of this series, I will provide a few recommendations for authors and reviewers, which can help improve journal processes and make the publication process a smoother experience for all parties involved.

This post is a modified version of the article What does an Associate Editor actually do? originally published on the website of the Association for Computing Machinery, Special Interest Group On Management of Data.This post has been modified and republished with the permission of the author, and is the third part of a series. Stay tuned for the next segment of this series.

The journal submission stage can be challenging. Subscribe & improve your manuscript’s chances of acceptance with the help of guidelines and tips shared by our publication experts.
Subscribe