Is it about time science shakes hands with politics? 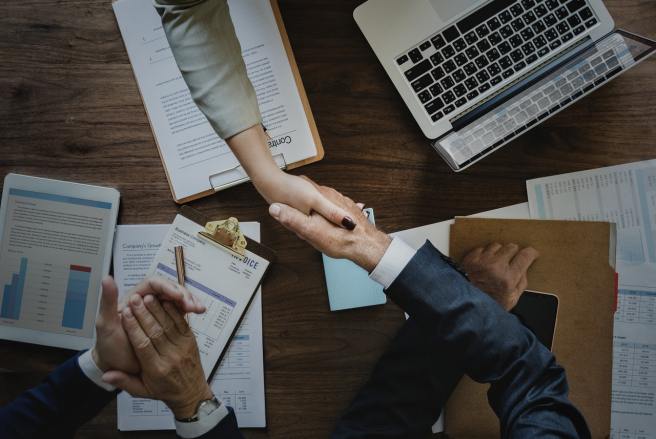 A general view about researchers is that they are a recluse community that seldom leaves their labs and the ivory tower. However, over the past few years, a major change has come over in the interaction between researchers, political leaders, and the public. Across the globe, researchers have been making headlines by taking to the streets to express their displeasure about the state of affairs of science.

What has triggered this reaction is probably the realization that those with power cannot be left to make the best decisions about science. The increasing urge to create awareness about the importance of science and research and be involved in the policymaking process has led the scientific community to engage with the non-scientific community. The election of Donald Trump as the President of the U.S. acted as a powerful catalyst, prompting researchers to take matters into their hands. His unwillingness to appoint a science advisor sparked global discussions on the importance of having scientific advice and expertise while making any major decisions be it public healthcare, national defense, or science budget.

But are these efforts good enough to bring about a change in federal policies? Moisés Naím, a Distinguished Fellow at the Carnegie Endowment for International Peace and an internationally syndicated columnist, is of the opinion that while large-scale protests may succeed in attracting the government’s attention, there cannot be an assurance of political reforms.

In the age of social media, organizing a protest is easy, but it takes a lot of effort to bring about a real change. He says that “Achieving that motion requires organizations capable of old-fashioned and permanent political work that can leverage street demonstrations into political change and policy reforms.” Mere protesting might not bring about a change in policies, agrees Abhinav Gupta, an assistant professor of strategic management at the University of Washington’s Foster School of Business. He believes that it is important to use evidence-based education to educate the public and the relevant organizations, which can prove more effective at achieving a campaign’s larger goals. What can be surmised from this is that researchers need to do more than merely participating in protests.

The primary fear of researchers is that of losing credibility by engaging in politically laced issues.

Why and how vital is it for researchers to have a say in policymaking? Researchers can provide factual information, provide views on the pros and cons of making a decision, and present a scientific perspective to political and economic issues. James Martin, a professor of chemistry at North Carolina State University who also serves on the Wake County Board of Education opines that researchers’ perspective is “invaluable to democratic governance.” Speaking about his personal experience of crossing the threshold of academia to holding an elected office, Martin says that his involvement in policymaking, has been instrumental in winning the confidence of his colleagues and the broader community. He says that contrary to the common belief, he is not viewed as a distracted academic, and that his students take his engagement as evidence that he cares about their education.

8 Rhymes to help you during tough postdoc times
Often PhD graduates find it difficult to deal with the…
3.2k

Shaughnessy Naughton, a chemist and former Congressional candidate from Pennsylvania, is of a similar opinion. He says, “I realize the importance of bringing the scientific perspective to bear on today’s urgent and complex environmental and technological issues because of my background and training.” He points out the fact that lawmakers seldom bring a scientific perspective to major issues, and researchers, with their training of depending on hard evidence and analysis to solve problems, can help those in power take informed decisions.

Why have researchers for long shied away from engaging with both the public and politics? Several reasons underlie this attitude. The primary fear is that of losing credibility by engaging in politically laced issues. The belief that a researcher has to maintain neutrality and remain disengaged from politics is quite deep-rooted among researchers. Jonathan Foley, executive director of the California Academy of Sciences wishes to banish this belief. He reasons, “After all, politics is how we are supposed to solve problems in a democratic society, and science is crucial to nearly everything we do — our economy, our health, our security, our future.” Adding to this, Foley says, “You cannot isolate science from politics, or politics from science. To try is folly.” One of the most relevant examples of this is probably the global debate on climate change that got both researchers and politicians involved.

It’s a fact that researchers lead extremely busy and demanding lives. From the fierce competition to get published, the effort-intensive process of getting grants, to balancing their work with their personal life: researchers have to deal with all of this on a daily basis. “Most scientists are ill-equipped and inexperienced when it comes to contributing to public and political discourse. This is perpetuated by the lack of incentives at all stages in an academic’s career,” voices Ploy Achakulwisut, a PhD student at Harvard University. Most researchers have their hands full and might be reluctant to take on the added task of making deliberate attempt to engage with the non-scientific and the political community. However, the current landscape of science is forcing those with the knowledge to interact more closely with those with power.

Not all researchers would want a full-blown career in politics, as that would mean either leaving behind their career or putting it on the backburner. But they can still become politically active by becoming advisors to politicians, becoming part of institutional boards, or even taking a sabbatical to do some politically active work, states Virginia Gewin in her article. Science is humankind’s quest to understand the universe as well as make life on the planet better. And to progress on this path, researchers, policymakers, and the public need to be on the same page. Hence, there is a need for researchers to consider expanding their traditional role, step out of the comfort zone and embrace a more politically active role.

It's time to experience the #POWERofMORE! Are you ready?
Are you looking for more - more time, more success,…
822