It's just sunk in that I'm the new kid 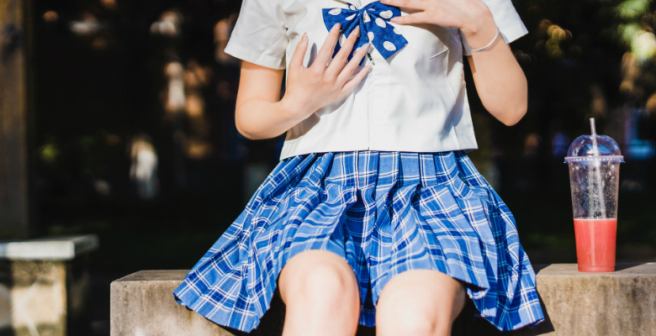 I’m nearly 2 months into my PhD at a different university in a different city. So you would think I’d be getting settled right about now. At least I would think I should be at least starting to get settled. In actual fact, I’m feeling more like a lemon than I did when I first started.

When you’re new, people make the effort to say hi, introduce themselves, ask what your project is, and how your settling in, but after that’s done it’s just back to the routine. And that’s where I’ve realised I’m not part of that routine. Everyone’s really nice, so it’s not like they’re rude of unfriendly — it’s just human nature.

I’d heard that PhD life can be lonely — it’s only you working on your project and whilst you might be in an office with many people, you’re not actually working with them. This in itself doesn’t bother me so much, I’m quite happy to work on my own. In some ways I even prefer it. It’s the social side that I’m struggling with…

People are polite and friendly enough in the office, small talk is going great, but that’s as far as it goes. I’m not sure that I’ve got much in common with the others in the office, but I haven’t really had a chance to find out. I’m not great at small talk and whilst I can talk for hours and hours to people once I know them, I’m quite shy when I’m new or nervous. I really do feel like I’m trying, but starting out of sync with most others is actually difficult.

It’s not something that’s focussed on much when you read about PhD life before you apply. You’re warned that your working life is going to be lonely, but I genuinely didn’t realise that I would be lonely as a person. Stupid me, right? I’m new, of course I’m not going to fit in straight away and have loads of friends! I just haven’t been the new kid for about 5 years… since the start of my undergrad, and even then I knew people because a group of us from college ended up in the same place.

The only insight I had into the loneliness of the personal side of PhD life was from my friend who started her PhD when I was doing my Master’s. We happened to meet because she sat in on a couple of my lectures and we got talking. She had moved university to start her PhD, knew no one, and started in January; 3 months after the academic year started. So, pretty much the same situation I’m in. I think she took about 8–12 months to feel settled, and to be honest, I think I’m going to really struggle if it’s going to take that long!

It’s pretty tough and I’m just thankful that in London I’ve got friends from home/university who have ended up here as well, and I’ve got my cousins as well. It means that I’m not just going through a cycle of PhD and sleep. Hoping for it to get better with time, fingers crossed!

If there are any top tips out there to help with this, I would love to hear them. For now, on the day of Stephen Hawking’s passing, on Pi Day 2018, this seems like some apt advice:

“Remember to look up at the stars and not down at your feet. Try to make sense of what you see and wonder about what makes the universe exist. Be curious. And however difficult life may seem, there is always something you can do and succeed at. It matters that you don’t just give up.” - Stephen Hawking

Shruti Turner (@ShrutiTurner) is a PhD Researcher at Imperial College London. This story was published on March 14, 2018, on Shruti’s blog, Shruti’s PhD (available here), and has been republished here with her permission.

PhD life is like studying the dark arts 5 min read

A PhD life sitcom: It's the friends who make you appreciate the journey 14 min read