Learning to overcome the impostor syndrome 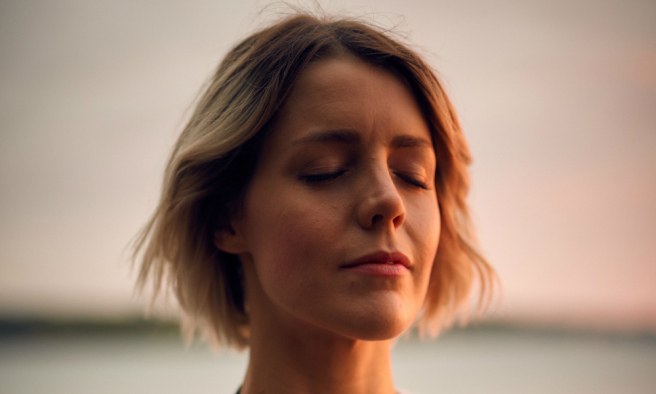 For the past couple of months, I have had this feeling that I’m supposed to pay attention to something. It has been one of those situations where someone mentions something once, and all of a sudden, I am seeing articles about it everywhere, and it seems to have suddenly become a major topic. The reality is that it was probably all around me even before, but I didn’t notice until it was first pointed out to me. In my case, this topic is impostor syndrome.

It started back in October at a big Society for Neuroscience conference I attended. I felt, as I usually do, out of place: like a fraud who didn’t belong. For me, this feeling is made worse by the fact that I am not currently on the same path as everyone else. Most people at these conferences are either faculty or pre- and post-docs working in labs. For all intents and purposes, I’m still “pre-med.” While I may have graduated college, received a Master’s degree, and worked as a research coordinator for the past 4 years, I do not feel like I belong in the group of “real” researchers and scientists.

I began to realize how I was holding myself back at the beginning of this year, while looking at how to improve my application for MD/PhD programs. I realized I had been working in research for almost 4 years and had no posters or papers to my name. When I started the job, I was told that there would be many opportunities to publish, but due to circumstances outside of everyone’s control, these opportunities weren’t as accessible to me. Nonetheless, they were still there. I, however, assumed that if no one “offered” me the chance to do something, I wasn’t good enough to publish yet.

At the beginning of this year, I thought: Screw it. I may not be good enough, but I can at least try. I quietly submitted abstracts to a few ethics conferences telling only my boyfriend (who is also my editor). To my surprise, the first conference I submitted to accepted my abstract for a poster. It was a small conference for young researchers in neuroethics, and probably the place I should most likely feel I fit in; however, I felt like an impostor already. I wasn’t a PhD student, nor did I work in a neuroscience or ethics lab. I was just doing this on my own time and I felt like a fake.

The next conference to accept my work was another small conference, but they did not have posters. They accepted my abstract for a 30-minute presentation. I almost withdrew as soon as I got the email. I assumed the conference organizers had made a mistake and didn’t realize I was just “me” and not a “real” researcher. Fortunately, the boyfriend talked me out of it and persuaded me to go. I am incredibly glad I went, but once again felt like a fake.

This brings me back to October. I was attending the International Neuroethics Society Annual Meeting, followed by the Society for Neuroscience conference, which had approximately 100 and 30,000 attendees, respectively. I had a great time, although I was admittedly incredibly overwhelmed at SfN, and I met some great people.

At some point during the proceedings, I’m not sure whether it was just before or during, someone on Twitter mentioned impostor syndrome. This wasn’t new to me, but for some reason it struck a chord given how I had been feeling all year. On the last night of SfN, I was at what was called a “social” but involved listening to a panel discuss relevant topics. I wanted to ask a question to one of the panelists, and watched my seatmate get up and very eloquently present a counterpoint to one of the panelists. She was younger than I and with less training, but so self-assured and confident in her view and background that I wondered why I was unable to get up and do the same thing.

At this point, I posted an off-hand remark on Twitter about my impostor syndrome frustrations, and I made my counterpoint for the panelist, to my few followers instead of to the panelist himself. The next morning, I woke up to a series of messages from someone I view as a “real” researcher regarding my tweet from the night before. It was a series of comments on how sad impostor syndrome is and how many well-established people still feel that way. The message was extremely positive and kind. While it didn’t change the way I felt right then, it certainly felt nice to have validation (for want of a better word) that I wasn’t a complete fraud.

This feeling is not unique by any means. The fact that I am seeing so many articles about impostor syndrome serves to illustrate just how prevalent it is in the academic world, especially among women. The experiences over the past year have not changed the feeling that I don’t belong. I’d like to think that once I’m more of a “real” scientist I will no longer feel that way, but I don’t think that’s true.

We fall into adulthood, stumble through college, and suddenly find ourselves in a job that just might become a career. At each step, we think those above us have a depth of knowledge we don’t, and we are right to some degree. Established researchers have more knowledge than post-docs, and post-docs have more knowledge than undergraduates. However, many post-docs are still undergraduates at heart, and established researchers might still feel like they’ve just finished their PhD, on some days. There is no sudden moment of clarity. Do you remember turning 13? Most people were asked, “How does it feel to be a teenager?” and you didn’t know how to answer. There isn’t really a difference in feeling; nothing has changed but the day of the year. For many, impostor syndrome is like that. On paper, I might be able to call myself a researcher or scientist, but at heart, I still feel like nothing has changed since I started college.

These feelings won’t disappear, but I try to imagine a snowball racing down a hill. When it starts, it’s so tiny no one can notice it, but it moves so fast that suddenly it’s a boulder of snow barreling down the hill. This happens so quickly that we don’t really know when the change from tiny ball of snow to snow boulder occurs, but it does. A similar thing happens as we grow up. One minute we are children and suddenly we are adults, and there isn’t normally a break in the middle when everything clicks and we think, “I’m an adult now.” It seems that most people feel like a fraud at some point in their lives, but what’s important is that no one else thinks they are.

Almost everyone around you is faking it to at least some extent. While it’s clichéd, “fake it till you make it” really is important here. If you don’t believe in yourself, how can you expect anyone else to?

Tabitha Moses is an MD/PhD student at Wayne State University. This story was published on January 15, 2015, on Tabitha’s blog (available here), and has been republished here with her permission

The ruse is up: Dealing with impostor syndrome 4 min read

Looking back on my PhD as a postdoc 16 min read