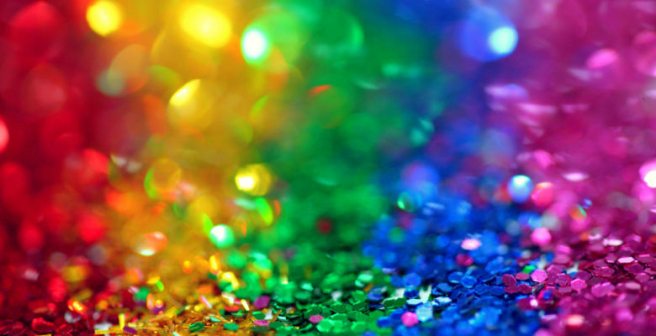 Conducting studies in vitro - a Latin term that literally means “in the glass”—is essential in the fields of medicine and biology. Working with in vitro cultures is a relatively cost-effective and easily repeatable way of gaining insight into the interactions between cells or microorganisms and specific chemical compounds, such as drugs, nutrients, and toxins. However, to properly assess the toxicity of a compound, a reliable and efficient way to distinguish live cells from cells killed due to toxicity is necessary.

Researchers have elucidated several methods to tell live and dead cells apart, and one popular approach is the “dye exclusion test (DET)” using synthetic dyes. In conventional DET, a dye such as trypan blue or methylene blue selectively permeates and stains dead cells, distinguishing them from live cells. This seems simple enough, but these synthetic dyes have been known to damage living cells in the culture as well. This renders them unusable for long-term studies with a single culture.

Fortunately, as is described in their study published in MDPI Biology, a team of scientists from the Tokyo University of Science, Japan—comprising Assistant Professor Ryoma Tagawa, Professor Yoshikazu Higami, Professor Eiji Tokunaga, and Assistant Professor Kyohei Yamashita—recently discovered an alternative to DET with synthetic dyes: DET using a natural pigment made from Monascus purpureus (MP), a mold species traditionally used in Asia for the production of fermented foods. According to Dr Yamashita, lead author of this and two other studies on MP, its discovery as a tool for distinguishing dead cells was a case of serendipity.

What are the scope of research on royal ambassador colors?
The scope of study
90

Dr Yamashita and a colleague were working alongside Dr Koji Yamada and Dr Kengo Suzuki from euglena Co., Ltd. to find effective ways of culturing Euglena gracilis, a type of single-cell algae, in foods, when they stumbled upon the usefulness of MP and another natural dye called anthocyanin pigment for studying cell health over time. The results of their study are published in PeerJ in the world’s first report on the application of natural food pigments in cell viability assays.

Dr Yamashita then went on to lead another study demonstrating the applicability of MP in DET for another single-cell organism species with a vastly different structure, Paramecium.

In their most recent study, the one published in MDPI Biology, Dr Yamashita and colleagues proved that MP can be used to ascertain the viability of breast cancer cells. They found that, unlike trypan blue, MP does not damage living cells and is robust against a typical chemotherapy drug cisplatin. Moreover, MP took only ten minutes to stain dead cells and costs a tenth of what trypan blue does. Considering all this, Dr Yamashita remarks: “The proposed natural pigment enables the long-term monitoring of the life and death of cells, which may bring about improvements in the efficiency of biomass production, basic research on metabolic mechanisms, and applied research in fields such as breeding.”

What we know so far about the epidemiology of COVID-19
This is an infographic summarizing the key aspects of…
3.9k

In addition to its use as a reagent to monitor the life and death of cells, Dr Yamashita notes that the pigment is also nutritious to living cells and has antioxidative characteristics, which is useful for boosting culture efficiency and performing quality control in the food industry, where safe fermentation is critical. It is also safe to humans and the environment.

This applicability of MP to completely different kinds of cells—breast cancer, Euglena, and Paramecium—has made Dr Yamashita very optimistic about its potential. He states: “Our natural pigment could be the tool that opens up new research fields involving the determination of the causes behind the death of cells. Moreover, natural pigments are highly likely to have useful properties that have not yet been found, and there is much room for exploration.”

Scientists achieve large-scale production of non-toxic metal chalcogenide films for use in novel semiconductors of the future
Scientists from Chung Ang University, Korea, have…
1.1k

There is certainly a bright and colorful future ahead for this promising natural dye!

1. Kyohei Yamashita (a), Ryoma Tagawa (b), Yoshikazu Higami (b) and Eiji Tokunaga (a)

(b) Laboratory of Molecular Pathology and Metabolic Disease, Faculty of Pharmaceutical Sciences, Tokyo University of Science

Strategies for writing your literature review: screening papers and synthesizing results
Get answers to these questions, and more, by attending…
1.7k

About Dr Kyohei Yamashita from Tokyo University of Science

Dr Kyohei Yamashita is currently Assistant Professor at the Department of Physics, Tokyo University of Science, Japan. Since his time doing a PhD, his research interests have largely revolved around applying basic methodologies of bioscience to food processing technologies. Upon his discovery, early on in his career, of a revolutionary natural pigment extracted from Monascus purpureus, his research has become interdisciplinary, relevant to a number of medical and life sciences fields. He has several publications on this natural pigment.