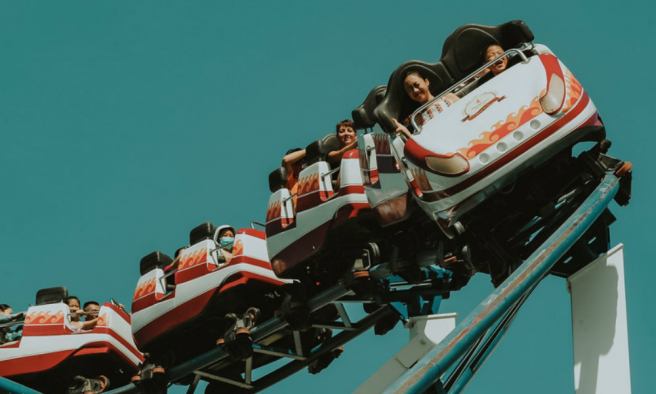 I was going to wait until the end of my first working week of PhD life before posting again, but it feels like so much has happened in such a short space of time… though at the same time, feeling like I have achieved pretty much nothing.

On Monday, I was a little lost… it was weird to have my own time – be not just allowed, but expected to do my own thing. I’ve been asking a lot of questions of the people in the office – everyone else has been there at least three months and so, gets the process and has good advice. There’s one other person who started at the same time as me, but as he proposed his project and knows everyone, I feel like he’s way ahead of me, so I kind of feel like I’m the only one floundering.

I had a meeting with my supervisor yesterday (oh my god, was that only yesterday?!) morning and came out of it feeling pretty good. I felt more grounded, like I knew a bit more about what she expected of me and I thought I had a good idea of where to go from there. I’m on a bit of a high; love a good plan with a bit of direction.

As with any PhD student at the beginning of their time, it’s all about the reading. So, I start figuring out my referencing software – in the end I chose to use EndNote because that is the software the university supports and so I can get help if/whenever I need it. I’ve even signed up for their introductory course to get to grips with the software! [Side note – apologies, I never wrote a blog about the different referencing software – I got a few responses from my Twitter call but not loads and if I’m being totally honest, I got a bit side-tracked with actually starting the PhD and then there was a recommended one... the one that a PhD student in my office recommended if you were happy to do it alone is Zotero.]

Anyway, I was feeling super organised getting on with my reading and starting to make notes and referencing, and towards the end of my day, I get to this paper and it just seems to counter everything I’d already read on the subject. So the panic sets in – what am I doing? I thought I had a plan? I come up with contradicting questions and I don’t even know the answers but they seem to point to the fact that my question was wrong!

I go in the morning with a plan: I’m going to delve deeper into the references, I’m going to find out why the results of this one particular paper are different to the others that I have read. Turns out, my brain had turned to mush by the afternoon and the paper wasn’t actually saying what I thought it was saying in the first place! So I’m back on a high with a bit more of a plan.

I’ve spoken to a physio who works in the hospital, a military physio, and I’m just keeping on reading to try and find out exactly what it is I want to do and work out a plan of how I’m going to do it!

I’ve just taken a small interlude in my writing of this post to speak to a friend who’s about a year into her PhD in an area similar to mine, and she thinks that all this is perfectly normal too. I was running my ideas by her before I present them to my supervisor. My biggest challenge today was working out what’s “enough” to be a PhD project and not just a side project. I’m getting there, slowly but surely… I think?!

What I’ve gathered from my first few days as a PhD student, and I think it’s coming across in this blog post too, is that there has been a lot of up and down and going in circles. But hey, that’s PhD life, right?

Shruti Turner (@ShrutiTurner) is a PhD Researcher at Imperial College London. This story was published on January 18, 2018, on Shruti’s blog, Shruti’s PhD (available here), and has been republished here with her permission.

And I fight to live another PhD day 4 min read