The rise of the freelance scientist 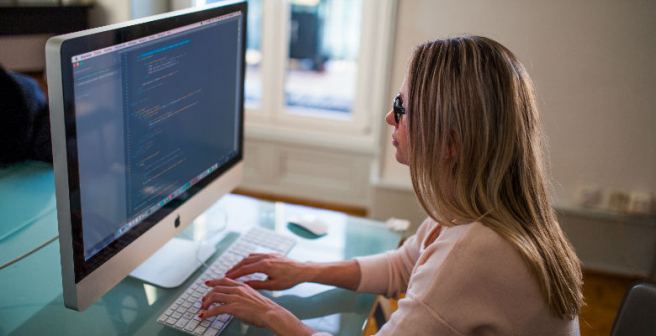 Up until now, freelancing was widely regarded as a job for specific types of professionals such as developers, writers, illustrators and designers. However, in the last few years, highly skilled knowledge workers have also joined the freelance revolution, making it possible to hire scientists on demand.

This uberization of the economy comes as great news for PhDs. In 2014, the Atlantic reported that almost 40% of PhDs were without employment. Though exact numbers are hard to come by, it is believed that less than half of PhD-holders in the UK and USA today get into academic careers, making “alternative” careers the norm. Even with traditional academic roles, there is a lack of job security, salaries are low and the chance of getting a tenured job is extremely rare.

However, the gig economy is opening up job opportunities for academics, especially early career researchers. PhD-holders are now finding ways to offer their services as freelancers or consultants to industries that require their skill-set. A growing number of academics are turning to freelance careers for various reasons: better work-life balance, the ability to pick and choose interesting projects, and the flexibility to still be an independent researcher. In short, one can “leave academia without leaving research”. Freelancing or remote working also reduces dependency on geographical location, which has so far been an important factor in an academic’s career growth and prospects.

Data from Kolabtree, a freelancing platform for scientists, shows that PhD-holders from a diverse range of subject areas, ranging from biotechnology to astrophysics, are willing to move to freelance careers or take up freelance work to supplement their traditional jobs. In 2018, the platform had 4,000 registered experts, and now has 9,000+ freelancers on board, demonstrating the impact of the freelance revolution among scientists. Many PhDs are able to market skills that they have already learnt during their research work, such as scientific writing or statistical analysis. With over 9,000 experts on board, Kolabtree caters to a variety of clients, mostly small-to-medium-sized-businesses (SMBs) who can now afford to easily consult experts on a one-off basis.

Freelance experts can bring immense value to a startup or SMB. To keep up with changing consumer preferences and the data science revolution, companies are constantly innovating. And to be able to innovate, they need to access the knowledge and skill-set of a domain expert. Take, for example, a company developing a medical device. They may need to hire a regulatory medical writer for help with developing the scientific communications required for the approval and launch of the product. Or take a small research organization conducting a clinical trial. They can now hire a freelance biostatistician to help with designing the study and interpreting the results.

While there is a general idea that PhDs tend to be overqualified for corporate jobs, there is also another side to it: PhDs have skills that companies can greatly benefit from, if they are able to access them easily. Researchers also want the chance to make a real-world impact, and connecting them to industry opportunities is a win-win situation for both parties involved.

Science reports that for the first time, private sector employment (42%) for science & engineering PhDs is now nearly on par with educational institutions (43%). The majority of the doctorate workforce have so far chosen to take up research or teaching positions at universities, however that is not necessarily the case now. In fact, some scientists are able to carve out better careers for themselves in non-academic roles. An article in Nature outlines the story of a PhD-holder who was able to successfully become a consultant to several Fortune 500 companies.

Forbes reports: “More and more scientific organizations, in and outside of business, see the utility of using freelancers to fill critical project demands.” Freelancing is a new opportunity for researchers to work independently or take up freelance projects in addition to their regular job. Moreover, it offers individuals and organizations unique opportunities to access the expertise of researchers across the globe at a short notice.

The rise of the freelance scientist 4 min read

"I feel privileged to be privy to your unpublished cutting-edge research." 5 min read

"Pay attention to your weaknesses and embrace any negative feedback." 3 min read