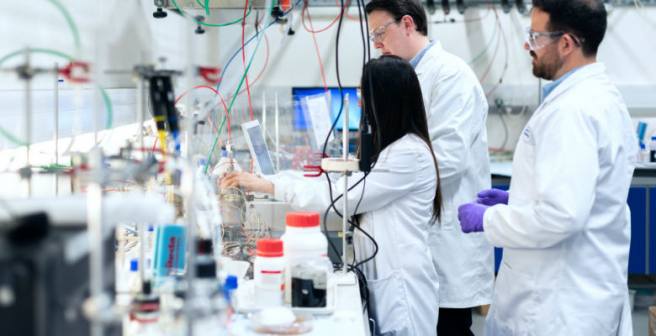 Note: This content was originally published on IndiaBioscience and has been republished here with permission.

“It’s not a question of ​“Whether”, it is rather a matter of ​“When” we will face such a pandemic” was the warning issued by Larry Brilliant, an epidemiologist who helped in the eradication of smallpox. In fact, Brilliant was one of the chief advisors of the 2011 Hollywood Blockbuster ​“Contagion”, which surprisingly foretells much of what we are seeing around us today.

On 31 December, 2019, reports of a cluster of patients from Wuhan, China with a pneumonic fever of unknown origin reached the district level office of the World Health Organization (WHO). Within 10 days, WHO declared the infectious agent to be an RNA virus of the family Coronaviridae (named after the crown-like outer structure of the virus; ​“corona” means ​“crown” in Latin) and a close relative of the viruses which caused the Severe Acute Respiratory Syndrome (SARS) outbreak in 2002-04 and Middle East Respiratory Syndrome (MERS) in 2012.

But this one was new. The world had never seen this particular virus before and neither had this virus seen humans. It appears that the virus transferred to humans from an animal host (in this case, bats) by acquiring some new mutations. Officially named SARS-CoV‑2, and informally called the novel coronavirus, this virus causes a completely new respiratory disease – COVID-19.

And therein lies the problem. We now have an ​“enemy” that we cannot see, and that we do not know much about. How do we fight such an enemy? The only way is to study and learn more about it — what it wants, what it does in order to survive, and where its weaknesses lie. And this is where science plays a significant role.

This COVID-19 pandemic has brought to our attention how building up scientific temperament and propagation of scientific culture are critically important to tackling a pandemic of this scale. The knowledge so acquired can help us understand the very basics of the disease process, helping us make progress in treating and preventing it.

Broadly, viruses can be classified into two main types depending on the nature of their genetic material – DNA viruses and RNA viruses. This genetic material enables the virus to hijack the host’s cellular machinery and synthesize proteins critical for its survival. SARS-CoV‑2, like other coronaviruses, contains RNA as its genome.

Diagnostic tests for COVID-19
This infographic offers a snapshot of the common…
4.6k

Each single viral particle (often called ​“virion”) contains an envelope, consisting primarily of molecules called lipoproteins as well as three characteristic proteins — the spike (S) protein which gives the virion the characteristic appearance of a crown, the envelope (E) protein and the membrane (M) protein. This envelope can be broken down and destroyed by soap, which is why doctors are asking you to wash your hands often. Apart from this, there is also the nucleocapsid (N) protein which surrounds the RNA genome.

In the few months since we first encountered this infectious pathogen, researchers around the world have embarked upon an almost undeclared joint venture. They have proceeded at breakneck speed to decipher and target various aspects of this virus in an attempt to find ways of limiting the infection, stopping its spread, and eventually devising a potential cure for COVID-19. These aspects include but are not limited to the virus’s structure, its mechanism of infection, its molecular biology, the origins of its nucleic acid sequence, and the epidemiology of disease spread.

It’s amazing how the human race can do unbelievable things at an unbelievable pace when faced with a global crisis. This two-part article will focus on how basic research endeavours have made significant discoveries that have led us towards a better understanding of how the virus spreads from one person to another, how it attaches to cells, how it replicates, how it is different from the SARS or MERS viruses, and how these findings could translate into developing novel therapeutics or preventive strategies against this disease.

Limiting the spread of the virus

The very first step was to identify the process through which the virus spreads – is it airborne, blood-borne, or does it spread through some other means? Knowing this answer was crucial to developing a strategy to limit its spread. Clinical data and epidemiological studies quickly established that SARS-CoV‑2 spreads from person-to-person either through direct contact or through water droplets from the patient’s cough or nasal discharge.

Mental health and well-being resources during the COVID-19 pandemic
In the first part of this republished webinar series,…
2.6k

These and similar findings led most countries to resort to ​“Physical Distancing” as the primary strategy for limiting the outbreak. Similarly, scientific understanding of the fact that the viral envelope consists of a lipid layer, one which can be readily disrupted by detergents or alcohol, has also provided us with a scientific rationale for using soap or alcohol-based sanitizers as a preventive strategy.

Adequate and accurate diagnosis of COVID-19 in a patient population is a key to understanding the level of infectivity in a population, and hence required for minimizing the spread of this disease. Rapid identification of COVID-19 patients is a frontline need towards effective management and research has, therefore, been accelerated towards understanding the structure, molecular biology, and immunology of SARS-CoV‑2.

In this regard, several platforms for highly specific as well as sensitive, rapid diagnostic tests have been reported globally. A polymerase chain reaction (PCR) based technique has been the primary platform for detection of COVID-19, globally as well as in India. RT-PCR is fast, specific, sensitive as well as cost-effective in diagnosis, where time is of the essence.

Next-Generation Sequencing can also play a very significant role in high-throughput and highly specific detection of SARS-CoV‑2, although it involves higher costs. Very recently, a targeted gene-editing technique based detection of the virus has also been reported, which is highly sensitive and faster than RT-PCR.

Rapid diagnostic tests detecting the presence of antibodies to specific SARS-CoV‑2 proteins have already been approved by the FDA (a list of which can be found here). However, these antibody-based detection methods can only confirm whether a person has ever encountered the virus, and does not necessarily reflect the present infection status of the individual.

In the past few months, as we have dealt with this pandemic, we have educated ourselves, discovered innovative solutions to limit the spread of this virus, and presented affordable diagnostic strategies. In addition to this, we have begun learning how to co-exist with this virus in the long term. These necessity-driven innovations point towards the fact that nurturing the scientific community through gradual and sustained development and the propagation of a scientific environment is critically important towards becoming a ​“Pandemic-ready” nation in the future.

In the next part, we will discuss more scientific discoveries that have provided us clues on how to go about developing therapeutics against this disease, as well as some mysteries and insights that this episode in our history has brought into sharp focus

INFOGRAPHIC: What to do when you have a pre-existing mental health issue during a pandemic?

How I defended my dissertation online: 7 Researchers share their…