While in academia, remember to be kind to yourself 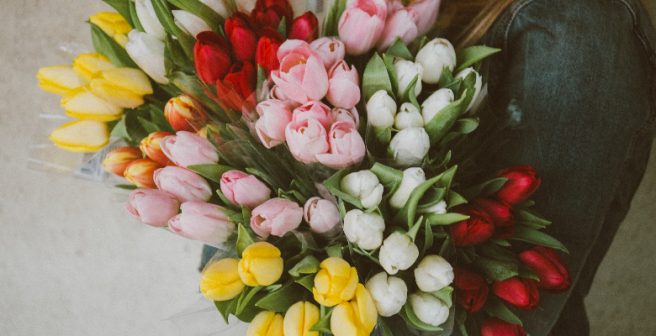 I have spent the majority of my working life as a lecturer and senior lecturer in a mid-ranking university, and being reasonably successful in most aspects of the job. I don’t think that that is under- or over-selling my contribution. I was liked by many but not all of the students. I did most of the admin tasks that I was given reasonably well, and I raised a fair bit of research income and ran some pretty cool projects (well, I thought that they were cool anyway).

What I didn’t do was have a particularly good time whilst I was doing it; although I only really see this now that I have stepped out of academia. I’m still not really sure why, but I am pretty sure that pushing too hard sometimes was part of it, and not being aware enough of what I was taking on in lots of situations also contributed.

The time I began to realize that it was really not going to work out was when I was “lucky” enough to have a series of grant proposals funded that were finished within a short period of time. They all required final reports, wrap-up meetings, and papers to be written. Coincidentally, during the same period of a few months, fell the end of the teaching year, exams, and marking. I suddenly became aware that far too much was being expected of me and that there was no real prospect of anyone stepping in to help me out.

So, what did I do? I worked too hard for an extended period. I could see the train coming down the track in the form of exhaustion and extreme stress – mainly induced by a feeling of disappointment in myself that I wasn’t able to do everything that I needed to do properly, as well as I would have liked, or in some cases, at all. This led to something of an epiphany, which resulted in my stopping being so hard on myself and starting to apportion blame to the system and organization that I was working with.

I tried to reduce my hours and for some time managed to keep my days off sacred, which helped dramatically. But it didn’t solve the fundamental problem: that nobody was going to take care of me, manage my workload, or encourage me to say “no” to any excess opportunities as they came along. I know of people in many different institutions who tell the same story – a reduction in working hours doesn’t come with a corresponding reduction in workload, just a reduction in pay.

A close colleague died of a heart attack during this period, which made the situation even clearer in my mind. I had to change things. I felt I became the perennial whinger, constantly sticking my head above the parapet trying to control what I saw as sources of unnecessary stress and workload. All that this achieved was to make me unpopular with people above me and to make me even more aware of the poor management and lack of respect for staff, particularly women (of which I am not one).

So, eventually, I left. This was the kindest thing that has happened to me in a long time. Perhaps I could have been kinder to myself earlier, and if I had been better at managing my own workload or someone within the organization had responded in a different way to my situation, then I would still be there.

The simple message that I would pass on to anyone working in academia under these sort of conditions would be to find a way to limit the damage. For most people this will probably mean turning down opportunities from time to time and being brutally honest with managers and colleagues. The current mode of operation, which sees many academics being encouraged to teeter on the brink of a “breakdown,” seems unlikely to change in many universities. So for the time being, it is probably up to the individual to try to limit the damage.

Doing this is unlikely to be an easy task; if you’re anything like me, you’ll probably want to take all the fun-looking opportunities that come along. So, I would suggest some questions to ask yourself about opportunities as they crop up:

These suggestions are unlikely to help if you are already in too deep but if, like me, you can see the train coming down the track, then maybe asking these types of question earlier will help to reduce the stress and overwork that has become endemic. Good Luck!

This story was published on November 13, 2018, on the blog Scientists are Humans (available here), and has been republished here with permission.

While in academia, remember to be kind to yourself 5 min read

Surviving a semester of grad school: The good and the bad 5 min read

If academic life is so difficult, why do I do it? 6 min read