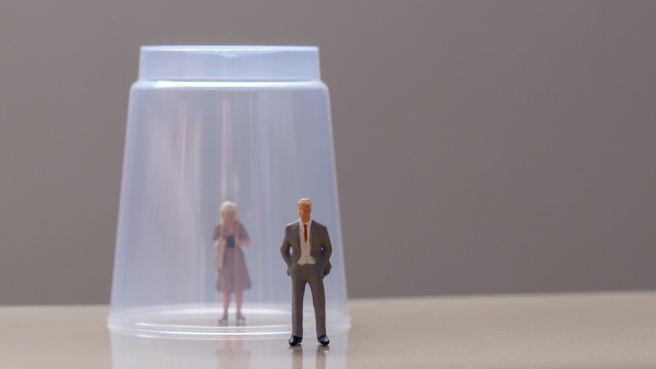 Does Sex Matter? Of course it does. But does it matter enough to Matter? That’s a different question.

Vera Rubin, Astronomer: Established the presence of dark matter in galaxies in the 1970s
The generalization that men are from Mars and women are from Venus is arguably among the most popular gender-related clichés of all times. The cliché alludes to differences in the manner in which men and women perceive, interpret, and approach various aspects of and situations in life. But when a generalization such as this begins to influence the opportunities available to men and women in professional fields, including researchers or scientists, it assumes a different significance. Simply put, when the professional capabilities of male or female researchers are evaluated on the basis of their gender, it leads to an imbalance in the career growth opportunities available to both. Ideally, the arena of research, where conclusions are drawn only after objective evaluation, should not witness gender discrimination. But several researchers and individuals from within academia have spoken about the existence of a gender bias in various fields of research.1, 2, 3, 4 Some studies focused on scientists have also found that female researchers have it more difficult than their male counterparts. Here, I discuss three recent small-scale but significant, studies that investigated gender bias in the field of research.

In what came to be referred as “the Yale study of 2012,” a group of researchers from Yale University conducted an experiment on scientists to look for evidence of gender bias. They tested the hypothesis that the scientists in their lab were not likely to be biased because they were trained to be objective. But the evidence they gathered indicated that a subtle gender bias does persist, even though academics themselves may not be aware of discriminating between male and female researchers. In their randomized double-blind study, they asked 127 experienced science faculty to assess an application for a laboratory manager position. All 127 participants received the same application, but with a male or female name. The assessment results revealed that the participants tended to rate the male applicant more positively than the female applicant (Fig. 1). The male applicants were also selected for a higher salary range than the female applicants (Fig. 2). Mediation analyses conducted by the researchers revealed that the participants perceived the female applicant as being less competent. The two figures below (from the original published study) indicate what they found: Source: Proceedings of the National Academy of Sciences of the Unites States of America (PNAS) website: http://www.pnas.org/content/109/41/16474.full (Copyright: Corinne A. Moss-Racusin et al.)

The investigators concluded that interventions at the faculty level could help eliminate instances of subconscious gender discrimination exhibited by their study participants.

The study that compared natural talent and brilliance

Conventional wisdom insists that in order to succeed one needs raw talent or natural brilliance and hard work. But in some fields, success is considered to be driven by raw talent and in others, hard work means more than the application of innate talent. Stepping off on this premise, Sarah-Jane Leslie, Andrei Cimpian, Meredith Meyer, and Edward Freeland examined whether this generalization influences female representation and success in certain fields. The researchers set out to examine whether women had less access to or were less likely to choose/succeed in fields that required brilliance or talent. They hypothesized that “across the academic spectrum, women are underrepresented in fields whose practitioners believe that raw, innate talent is the main requirement for success, because women are stereotyped as not possessing such talent.” The researchers surveyed 1,820 graduate students, postdoctoral fellows, and faculty members across 30 disciplines from 9 major US research institutions, asking them to rate the value of innate talent or aptitude and sustained hard work in order to succeed in their field.

8 Plagiarism myths debunked
Plagiarism is presenting someone else's work as your…
3.3k

The researchers found that women were less likely to obtain PhDs in STEM fields that were associated with genius or brilliance. Going one step further, the researchers extended their hypothesis (which they termed the field-specific ability beliefs hypothesis) “to African Americans’ underrepresentation as well, as this group is subject to similar stereotypes.”  Though further study may be required to confirm that these findings can be applied to specific ethnic groups, this study does highlight the bias at work in STEM fields.

Another recent study by Corinne A. Moss-Racusin, Aneta K. Molenda, and Charlotte R. Cramer investigated public responses to evidence of gender bias within the STEM fields. Employing a thematic and quantitative analyses, the study examined 831 comments posted on the comments section of three online news articles (New York Times, Discover Magazine blog, and the IFL science blog) that reported gender bias in STEM, to check for gender differences, if any, in the nature of the comments posted. The investigations revealed that male respondents were more likely to post negative comments on gender bias, i.e., men were less likely to agree with or accept evidence supporting gender bias in STEM. The researchers also found that male respondents were more likely to post sexist or biased responses than female respondents. Below is a summary of their findings:

The researchers admit that although their study has its own limitations, their method does draw attention to the negative responses of men to the existence of gender discrimination against women in STEM.

Social and cultural constructs of gender as well as perceptions of what men or women are capable of achieving obstruct scientific development. They question the very basis of research and scientific enquiry – objectivity and absence of all kinds of bias. That gender stereotypes play a role in various aspects of life is well known, but studies such as these prove that gender discrimination is exercised, albeit subtly or subconsciously, in scientific fields as well. Each of these studies also indicates the need for different types of intervention at the faculty and student levels to enable researchers to make conscious, unbiased career choices based on what they are passionate about and capable of, irrespective of their gender. Perhaps such studies should be conducted on a larger scale and across the globe, to help understand the extent of discrimination and introduce relevant amendments.

1. What does it take to reach the top?

2. In the Ivory Tower, Men Only