Predatory and pseudo-scientific publishing: A major threat to scientific rigor and research 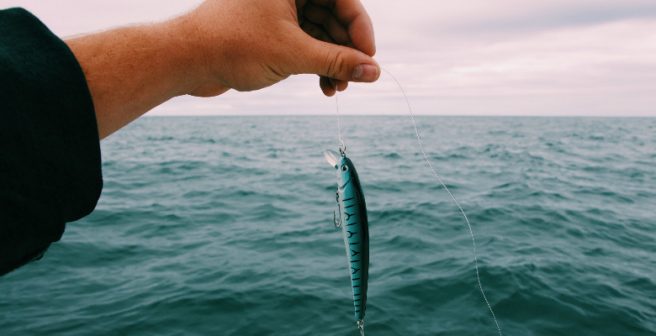 Predatory and pseudo-scientific publishing is a lucrative sector and thrives on a business model that favors profit over scientific rigor. Predatory publishers and pseudo-scientific journals evolve (in most cases) in open access academic publishing where they reach out to gullible authors with false promises of assured publication and a speedy but rigorous peer review process. Thus, such publishers will accept any article presented to them as soon as they are able to identify a financial interest in the publication. The main “preys” of these predators are researchers who are often uninformed about the fraudulent practices of such entities and the poor quality of such journals. In this post, I’d like to share my views on the rise of predatory publishing as well as highlight some characteristics common to predatory journals or publishers.

Why did the predatory publishing model succeed?

I can think of three major phenomena responsible for the success of predatory publishing as a business.

First, the rise of the open access model, as a response to the exorbitant access cost of classical publishing, fueled the emergence of fraudulent companies. When an article is published open access, it is funded by the author, his institution, or an organization. Thus, journal revenues began to depend more on the authors and the number of articles published than the readership, and so it became easy to target authors directly.

Second, oligopolistic practices combined with the attitude of legitimate journals and publishers towards researchers – who are trying to establish themselves in a system where their career and skills are measured by the number of their publications – significantly contributed to the emergence of low-quality journals. Additionally, when you consider some of the issues with the journal submission and workflow management systems, e.g., problems with peer review and long time to publication, you will understand the reasons for the frustration of researchers and the subsequent temptation to publish faster and more easily in journals, albeit with a poor or non-existent peer review process. We must not think that peer review is the problem. On the contrary, it is the absence and misplacement of the process that constitute the two main problems of scientific publishing. When researchers want to publish, they must submit their articles to a journal (one at a time). Then, they may need to wait for weeks, even months, before obtaining a response that is not exhaustive and sometimes not in their favor (see Author’s Note #1).

Finally, and this is in my view the most problematic thing that scientific publishing can be blamed for—the difficulty of access to Western literature faced by researchers from the rest of the world. It's difficult to measure this problem. Because of their difficulty in accessing publications in established journals that are predominantly Western, many researchers in South Asia, Africa, and South America feel marginalized from the collective endeavor that research is. In my view, this gave an opportunity for predatory journals to target authors from specific countries. This coincides with my observation while setting up the Dolos list (which I will talk about later) — that several predatory journals originate in these countries. This geographical observation reinforces the idea that the rise of predatory publishing could be strongly connected to the sense of rejection that these researchers may feel.

10 Point checklist to identify predatory publishers
This infographic is a checklist of the criteria that…
13.8k

The characteristics of predatory and legitimate journals

The fact remains that as an author you need to be able to tell the good from the bad and identify the legitimate journals from the unreliable ones. There are some characteristics that are common to predatory publishers.

The first and most important aspect to consider is whether a journal or publisher follows a legitimate peer review process. Determining whether or not a journal’s review process is rigorous can be quite difficult. There are, however, some practices that are common to almost all predatory and pseudo-scientific publishers:

If you observe one or more of these characteristics while evaluating the seriousness of a journal, it is very likely to be a predatory or pseudo-scientific one. The best way to form an opinion is to evaluate the articles it publishes. If you are a student, do not hesitate to seek advice from more experienced researchers. You could also always use the Think Check Submit checklist as a tool to evaluate the authenticity of a journal.

How to identify a legitimate journal

Just as predatory journals have a few obvious tells, it is possible for you to identify a legitimate journal as well. Here are some of these signs:

In recent years, there have been some compilations of journals – whitelists and blacklists – that aim to point out publications that follow dubious practices or help authors with journal selection. These lists are meant to serve as a neutral and independent source of information. This neutrality is a critical prerequisite for such lists.

Blacklists are independent resources available to researchers, the press, and the general public to identify sources of false information and predatory journals. A blacklist records predatory or pseudo-scientific journals and publishers and can be a useful resource while choosing your journal. A whitelist, as the name indicates, includes names of journals that are legitimate. However, in my opinion, the main disadvantage of both types of lists is that the mere exclusion of a journal/publisher cannot be considered as an assurance of its dubiousness or legitimacy. This is the main limitation of this kind of effort. The underlying assumption is that a whitelist or blacklist is editorially independent and objective, but I feel that the reliability of such lists comes into question if they are funded by publishers.

How to use tenses in scientific writing
The usage of tenses in a language as versatile as…
6.6k

The first notable initiative in this area was the now defunct Beall's List (see Author’s Note #2), established by Jeffrey Beall, an American librarian. It was Beall who first used the qualifier "predatory" for these journals and practices. For my part, I continue to use this term. [Beall took down this list sometime last year but it continued to be reproduced anonymously.] The whitelist and blacklist developed by Cabells are also commonly used by researchers to know more about the journal they are targeting for the next publication. In September 2018, I launched a new and regularly updated blacklist of academic journals, the Dolos list, and I invite the scientific community to contribute to the upkeep of this list by sharing information and details about questionable publishers or journals.

Blacklists and their shortlisting criteria can be criticized, sometimes even by researchers. It can be frustrating for scientists to see the journal they have published their work in mentioned in such a list because it would not be good for their reputation. Based on my experience while putting together the Dolos list, I would like to make a few things clear: Curators of whitelists and blacklists adopt a neutral stance, do not target researchers, and understand researchers’ problems. As Jeffrey Beall has often said, the first victims of predatory publishing are researchers. So remember that a scientist who publishes in a predatory journal is not necessarily incompetent. Sometimes, it so happens that a researcher publishes in a serious journal, which may have lost rigor with time or faced quality issues, to finally be recorded on a blacklist. Finally, and I am repeating myself here, be cautious when referring to any source as a whitelist or blacklist and make sure you access a source that is neutral.

Workshop: Tips to write a scientific paper and understand peer review
This was part of the workshop series in Korea held at…
12.9k

What are the consequences of predatory publishing practices?

One of the first consequences of predatory publishing concerns researchers themselves. Researchers who publish their papers in pseudo-scientific journals often suffer the consequences, albeit unknowingly. Not only does this affect their reputation but the visibility of their papers suffers too. I fear that many high quality articles have not received the attention they deserve because of their publication in these journals. This represents a dramatic loss for science and the entire scientific enterprise. The success and ease of low-quality publishing causes a general decline in scientific rigor. As the Grievance Studies affair (where a group of authors executed a sting operation by submitting bogus academic papers to some journals) and the article titled “Academic Grievance Studies and the Corruption of Scholarship” show, legitimate academic publishing is not spared from this downward spiral and the entire scholarly publishing community must remain cautious. The publication and promotion of pseudo-scientific journals by publishers that generally follow a rigorous review process is also not a good sign. If sources of false information replace serious scientific publishers, scientific research findings will no longer have any value at a time when we’re faced with pressing issues that need urgent resolution.

Finally, the use of the reputation of reliable publishers for financial purposes is a risk that we cannot ignore. The publication of pseudo-scientific articles intended to support commercialization is a phenomenon to be watched, because it represents the fraudulent use of a scientific tool and poses a direct threat to the scholarly enterprise.

It is important to keep an eye on and identify unethical publishing practices that are a threat to science development. To counter the rise of predatory and pseudo-scientific journals, it will be necessary to review the functioning of scientific publishing and to inform the scientific community about these fraudulent practices. We must not forget that scientific publishing is, above all, a tool at the service of the scientific community. This sector exists only to enable us to share our work with others, not to restrict it or to make it lose credibility. Scientific rigor must be preserved and belongs above all to researchers.