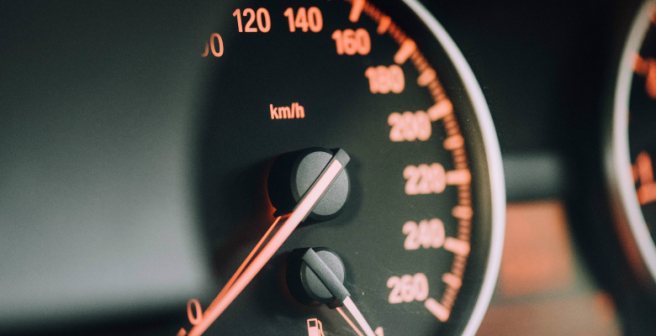 In the diagnosis and treatment of any disease, time is of utmost importance. This has been especially true of COVID-19, which within the span of a few months, has escalated into a global crisis. Ever since the identification of SARS-CoV-2, the virus that causes COVID-19, researchers have been racing against time to thwart its spread among the population and stem the increasing mortalities by uncovering its pathology and working to develop potential vaccines and treatments. Speed is of the essence – speed of research and speed of disseminating research findings. The faster the results of various experiments can be shared, the faster alternative routes of treatment can be explored. What, to an increasing extent, is helping the world’s army of researchers in this fight? Preprints.

Preprints are completed drafts of research papers that are open for public viewing without having undergone a peer review and therefore not yet been published. Preprints have been gaining popularity over the years on account of the multiple benefits they offer researchers: free uploading, faster dissemination of findings, immediate feedback, and wide visibility.

How preprints are expediting COVID-19 research

In a world grappling with COVID-19 at several levels – virological, epidemiological, clinical, and sociological – preprints have attained increased significance. They are allowing researchers to share their sequences, datasets, observations, and study results immediately. This in turn is enabling other researchers worldwide to access, analyze, and utilize this knowledge for their own studies.

Michael Johansson, a biologist at the Centers for Disease Control and Prevention (CDC), Atlanta, views that in the face of a pandemic such as COVID-19, “traditional review methods are too slow.” It takes at least several weeks or even a few months for a paper to be published in a journal. Additionally, the acceptance rates of quality journals are often in single digits. For instance, despite accelerating its review cycle, the New England Journal of Medicine (NEJM) has been accepting only 2% of the approximately 2,000 COVID-19 papers it has been receiving per month. In contrast, bioRxiv and medRxiv, the two leading preprint repositories in the life sciences, have together hosted over 3,000 papers since the outbreak. Richard Sever, a co-founder of both the repositories, believes that preprints are helping accelerate treatment research: “The more you know about the bug, and the quicker you know it, the better chance you have of developing something to counteract it.”

Preprints have been especially beneficial from the perspective of negative findings. Negative experiments typically have fewer takers in most journals. In contrast, the results of failed experiments are freely available on a preprint repository, allowing researchers to understand what has not worked and why, and therefore, what alternatives could be attempted to arrive at something that might succeed. This is helping legions of researchers make speedier, better informed decisions, which assumes immense importance in the current crisis.

Preprints are also fostering collaboration, a necessity for the multidisciplinary research requirements of a pandemic. Russ Altman, professor of bioengineering, genetics, medicine, and biomedical data at Stanford University, California, shares that he uploaded a paper on ChemRxiv – about potentially repurposing drugs to address SARS-CoV-2 – primarily with the aim of attracting collaborators. However, collaboration in the preprints space can also be less formal, though no less valuable. Preprint repositories offer a section for comments, allowing other researchers and even citizen scientists and informed lay people to provide feedback and inputs on papers, often leading authors to go back and improve their papers or even be prompted toward new lines of research.

Origin and spread of COVID-19
An infographic presenting an overview of the probable…
8.9k

Some challenges with preprints

The increased uptake of preprints has also brought into focus a set of challenges in research communication and impact. For example, a preprint that talked of “an uncanny similarity” between HIV and SARS-CoV-2 (thereby implying that the virus was genetically engineered and therefore an attempt at bio-warfare) gained quickfire visibility before it was discovered to report questionable science and eventually had to be withdrawn. A paper that propounded the efficacy of hydroxychloroquine in treating the virus initiated peremptory policy discussions in the US that were promptly rebutted by experts. In an extreme case, the results reported in a preprint inadvertently led a couple to self-medicate, resulting in one fatality. Unfortunately, these few misinformed papers might cast a shadow of doubt on the legitimacy of preprints, potentially undermining the vast value and benefits they offer. As Stanley Qi, assistant professor of bioengineering and chemical and systems biology at Stanford University, notes, “Sometimes, one piece of wrong information… can damage ten good papers.”

So, what steps are being taken to ensure preprints continue delivering on their potential even while attempts continue worldwide to control the pandemic and mitigate its effects?

To ensure the ‘infodemic’ doesn’t reach the scale of the pandemic, experts in their respective fields have been providing informed commentary on emerging papers – both on preprint repositories as well as on social media platforms. This has helped flag papers with a weak conceptual, empirical, or methodological basis as also improve those that report potentially useful findings. Trevor Bedford, an epidemiologist at the University of Washington (UW), Seattle, discussed the flaws of the paper that suggested a link between SARS-CoV-2  and HIV. Several similar critiques by other researchers led to the paper being withdrawn within two days of its upload on bioRxiv.

The brighter side of the COVID-19 quarantine
Even through the feelings of fear and uncertainty, the…
3k

These short inserts do indeed exist in #nCoV2019 relative to its closest sequenced relative (BetaCoV/bat/Yunnan/RaTG13/2013, seen here https://t.co/Qz2zmZD5yS). However, a simple BLAST of such short sequences shows match to a huge variety of organisms. No reason to conclude HIV. https://t.co/HnOWB5OQi4 pic.twitter.com/mUfxwB6GsP

Preprint repositories have also begun spelling out the nature of the information in the preprints they host. A highlighted disclaimer clearly states that preprints have not undergone a formal peer review and are therefore technically unverified, thereby urging researchers, healthcare professionals, journalists, and the public to use the information with caution. 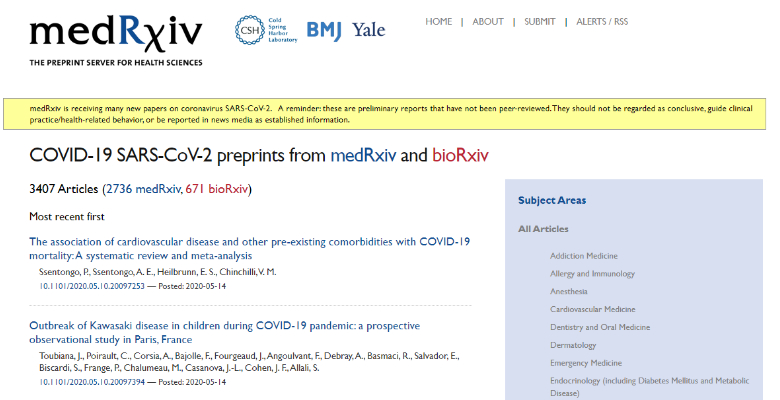 Figure 1. Disclaimer about COVID-19 preprints on the medRxiv repository

Readers are also prompted through messaging to look at the most current versions of papers. Withdrawn papers are marked as such and are accompanied by the reason for their withdrawal, so that “there’s a transparent record of what transpired,” according to Sever.

An introduction to clinical trials (Part 2: Things to remember)
What do you need to know before and while working on a…
10.8k

Additionally, new uploaded manuscripts are being extensively screened. bioRxiv and medRxiv both carry out a range of essential checks, including those for plagiarism and basic scientific value. The checks on the former repository are carried out mainly by principal investigators (PIs), and on the latter, by healthcare professionals. Bearing in mind the potential healthcare and medical practice implications of clinical research, medRxiv has an additional layer of screening: ethics committee approval, trial registration, informed consent, and conflict of interest. Also, it rejects papers featuring individual case reports, findings with small sample sizes, and treatments based solely on computational modeling. Further, papers that make significant claims are sent for peer review.

The first and foremost check, in the true nature of scientific integrity, typically comes from authors themselves. Given how sensitive any information around COVID-19 is, researchers perform due diligence of their own – also to ensure their credibility and reputation are not compromised. As Sever notes, “in academia, your reputation is key.” He underlines his point by saying how on arXiv, the repository for physics and math reprints, physicists have always been “sweating bullets before pressing the Submit button.”

Reporting and reading with caution

And what about non-academic audiences, such as the media and public? Science communication experts offer crucial advice. Steven Woloshin, co-director of the Center for Medicine and Media at The Dartmouth Institute, New Hampshire, recommends that journalists and news organizations refrain from saying a preprint was “published,” which suggests that the manuscript may have gone through some sort of review. Ivan Oransky, co-founder of the Retraction Watch blog urges journalists to vet all COVID-19 research with equal vigor, irrespective of whether it is a preprint or a peer-reviewed journal article. Samantha Yammine, a scientific communicator in Toronto, recommends that, especially for the benefit of the lay public, preprints include a plain-language or lay summary (in addition to the abstract that is usually displayed) outlining the scope and limitations of the work.

Sever, whose twin repositories bioRxiv and medRxiv have risen to prominence during the COVID-19 pandemic, is matter-of-fact about the role of preprints. In helping bridge the gap between completing a study and publishing it, preprints need to complement published papers, rather than compete with them. He summarizes: “Disseminate the paper first [through a preprint] so that everyone can read it, and have the seal of approval [through a peer review] come later.”

Preprints have proven their role in the swift dissemination and discussion of research during the COVID-19 crisis. In the post-pandemic world, where systems and practices in almost all aspects of life are likely to undergo considerable transformation, preprints are likely to play a major part in helping researchers and the public deal with a “new normal.” Researchers like Qi believe that preprints will continue to exercise immense influence in the time to come. He puts it in a nutshell: “There are many other unsolved diseases... and a lot of these problems require coordination, timely dissemination of information, and public attention. Preprints will continue to play a big role beyond the current pandemic.”

Live panel discussion: COVID-19 and vaccine development
As the COVID-19 pandemic is sweeping across the world,…
3.1k

Editor’s note: To keep up with the latest research, expert recommendations, and educational resources on COVID-19, turn to the world’s largest AI-powered and human-curated COVID-19 research platform: https://covid19.researcher.life/

The role of preprints in research dissemination
To circumvent the delays that are inevitable in the…
42.7k

Photo by ChutterSnap on Unsplash