Tips on organization, structure, and language usage in…
How to write a research paper in English
Workshop at Chungang University, Korea: Preparing for…
50 Motivational quotes and tips, 1 for each week of 2019
Editage workshop marathon for researchers at top… 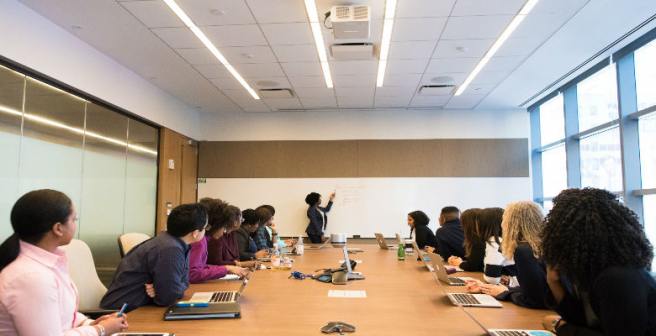 On September 1 and 2, Editage provided a series of workshops in Beijing, China, including one session at the Chinese Academy of Military Medical Sciences. The presenter was John D. McDonald, an experienced editor and trainer for Editage/Cactus. The focus of these 2-hour workshops was “Practical tips for improving medical papers”, which due to the needs of researchers attending, was to focus on core organizational concerns and common structural and language problems when writing in English.

The core of this content is similar to that presented by John during previous sessions in Korea, which began by discussing the importance of having a plan when beginning the writing process. From the Purdue University Online Writing Lab (OWL), the concepts of Higher Order Concerns (HOCs) and Lower Order Concerns (LOCs) were presented. In brief, HOCs are areas such as purpose, focus, and organization that an author must consider before writing a paper, while LOCs deal with mostly language concerns. The concepts of HOCs and LOCs were a theme that then continued throughout the workshop.

Even with those familiar with the IMRaD (and ‘general-specific-general’) structure of journal papers, instruction on the 3-step process for writing an Introduction section seemed to be the best received. In this process, understanding the use of references when moving from Step 1 (general references) to Step 2 (specific references) was key information, as was the discussion pertaining to using a critical analysis of the references in Step 2 to provide a ‘home’ for the paper being written—i.e., to set the paper up as a ‘solution’ in Step 3. Examples of key language in these steps then helped to further clarify this concept.

Another well-received section was the discussion of ethics in writing, especially with respect to avoiding plagiarism due to improper paraphrasing; this section was added to session for the 2nd and 3rd groups. Key to the concept is that: 1) non-content words must be changed, 2) the structure of the original text must be changed, and 3) a citation must be provided. The second step was the most difficult aspect of paraphrasing that wasn’t considered by many in attendance.

In the final sections of the session dealing with common errors in style and formatting, and then providing some real-world samples of editing changes, it was interesting to note that these concepts seem to be common across East-Asia (China, Korea, Japan). John’s experiences to date have mostly been with Korean researchers, but in discussions/workshops with Chinese and Japanese researchers the problems that writers have with spacing, articles, ‘not only … but also’, and others appear to be common. This commonality is good news for the use of common presenters in the region.